‘What we need are stars that can set a good example–those who are worthy of being idolized’
By: Allan Policarpio - Reporter
Philippine Daily Inquirer / 08:29 PM July 16, 2012 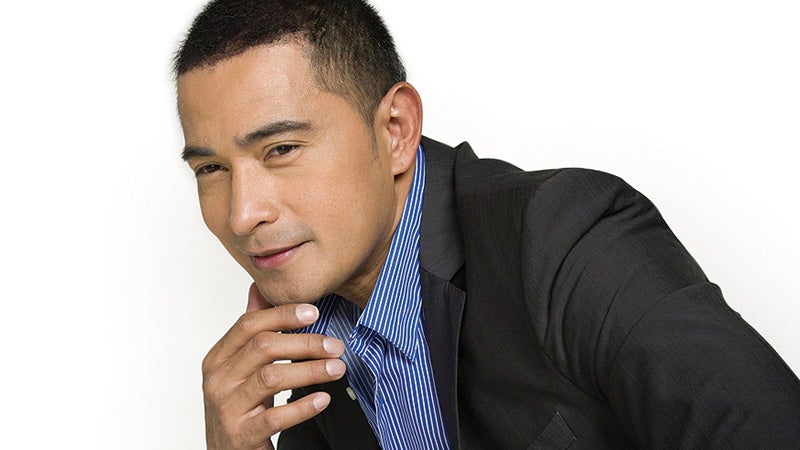 For Cesar Montano, complacency is an artist’s biggest enemy. That’s why to this day—despite winning numerous acting and directing awards—the 49-year-old artist’s thirst for knowledge and growth remains unquenched.

“I’m an artist who has a soul that always wants to learn. When you become too comfortable with your skills, you lose the motivation to strive harder and do better,” Cesar said during the recent press con for TV5’s coming talent search “Artista Academy,” which he will co-host with Marvin Agustin.

Cesar, who’s no stranger to facilitating acting workshops, is expected to mentor and share his wealth of show biz experiences with the show’s 16 finalists.

In exchange, Cesar looks forward to discovering the kids’ points of view when it comes to acting.

The actor-director-producer said: “These people come from different backgrounds. Their problems and experiences differ from mine, so it’s going to be interesting.  I’ll ask them about their motivations, how they attack a role, and how they snap out of it.”

Cesar lamented the fact that these days, the local entertainment industry seems to put more premium on good looks rather than talent. “I could be wrong, but in my opinion, they regard looks as the barometer. ’Pag gwapo o maganda, artista ka na kaagad (If handsome or beautiful, you’re an actor at once).”

He then pointed out that some actors and actresses from older generations managed to make names and build enduring careers purely because of their brilliance in their craft.

“Ading Fernando was not the most handsome fellow out there, but I wouldn’t trade him for any other actor. It’s the same with Apeng Daldal. I won’t forget them,” he shared.

He added: “It’s about time we open our minds, and find genuine talents—not just handsome and pretty faces.”

Apart from talent, Cesar also stressed the importance of having good values in making it big in show biz. He advised celeb hopefuls not to get ahead of themselves, and not let the prospect of fame and fortune get to their heads.

“What they should do is nurture their talent and character—their punctuality, efficiency and focus,” he said. “What we need are stars that could set a good example; stars who are worthy of being idolized.”

Cesar denied rumors that he’s planning to run for a local position in the City of Manila in the 2013 elections. “I don’t have time for that now. Wala munang pulitika (no to politics for the meantime),” said Cesar, who was recently spotted with Mayor Alfredo Lim.

The meeting was for a “big film project” he and Lim are working on. “It’s going to be another true-to-life story of Mayor Lim,” clarified Cesar, who ran and lost his Senate bid (2007) and gubernatorial bid for Bohol (2010).