Christopher on the Nora-Matet brouhaha: I’m not interested in dramas | Inquirer Entertainment

Christopher on the Nora-Matet brouhaha: I’m not interested in dramas 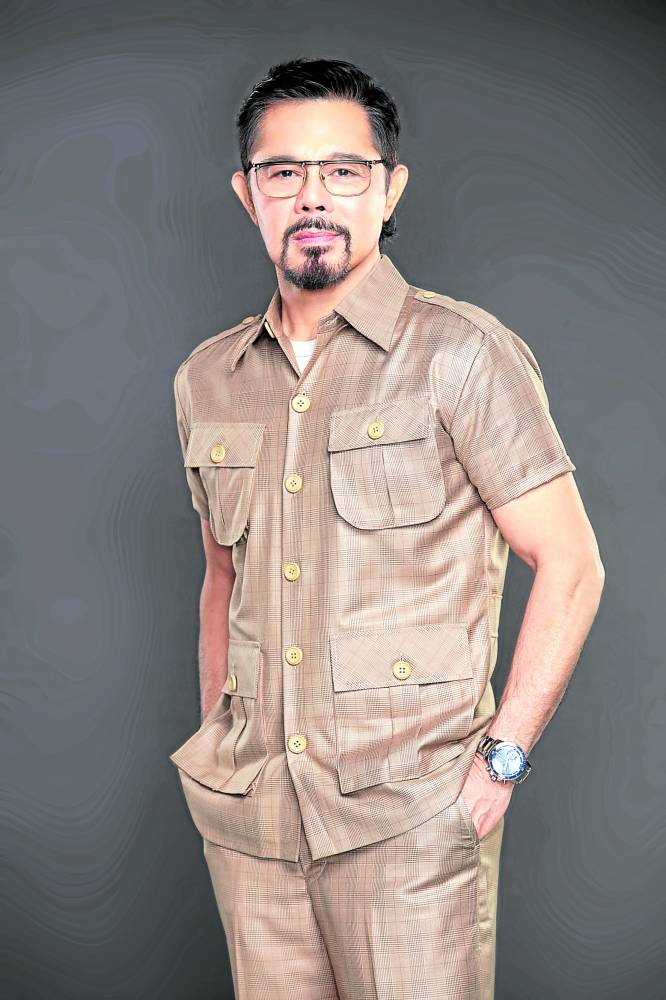 Christopher de Leon isn’t one to meddle or insert himself into other people’s affairs.

That’s why when the so-called “gourmet tuyo controversy” involving his ex-wife, Nora Aunor, and their daughter Matet de Leon recently made headlines, nothing was heard from Christopher, despite knowing “the background” behind the misunderstanding.

“There was a lot behind what people were talking about. I knew of the tension already … but I didn’t talk about it, because I’m not interested in dramas like that. Like I said before, I try to stay away from these kinds of things,” he told reporters at a recent press conference for the upcoming concert “Some Kind of Valentine.”

Last December, Matet, who runs a gourmet tuyo and tinapa business, vented her frustrations on social media over her mother selling products that are in direct competition with hers. While Matet vowed that she would never speak to Nora ever again, the two have since reconciled and were seen together at rapper John Rendez’s recent birthday party.

“They were just emotional about it … there was tension,” Christopher said.

The seasoned artist doesn’t really follow show biz goings on on social media. “It’s usually friends who tell me about what’s going on. I never liked talking about other people… I’m older now,” pointed out Christopher, who’s 66. “For me, stuff like this can hinder your enjoyment of life.”

For this reason, Christopher feels lucky that his generation of stars didn’t have to deal with social media and the pressure that comes with it.

“It’s a lot different now. We have the internet, YouTube … all that stuff. Before, we could go out on dates discreetly or get drunk at a club—and people wouldn’t know. Now, there’s a lot more chismis than real stuff out there, so you have to be more careful. Konting kibot lang … stars these days are like under the microscope,” he said.

In “Some Kind of Valentine,” Christopher will share the stage with Tirso Cruz III, Edgar Mortiz and Lovi Poe on Feb. 3 and 4 at the Newport Performing Arts Theater. Aside from love songs old and new, Christopher said he hopes he and his fellow headliners can perform theme songs of their past hit movies.

“I have done movies whose theme songs became popular, like ‘Sinasamba Kita’ and ‘Hanggang’ from ‘Dekada ‘70.’ I think we can do those,” he said, adding that the concept of the show revolves around bridging the past and the present. “While songs these days are different, you realize that some of them still feel familiar and have similarity to older songs.”

After almost 50 years on the entertainment scene, the award-winning thespian remains one of the most reliable and in-demand stars today, both in film and on television.

Christopher credits his longevity to the filmmaking maestros who mentored him in the past and the iconic projects they worked on: Lino Brocka (“Tinimbang Ka Ngunit Kulang”); Ishmael Bernal (“Relasyon”); Gerardo de Leon (“Banaue”); Eddie Romero (“Ganito Kami Noon, Paano Kayo Ngayon?”); and Mike de Leon (“Kakabakaba Ka Ba?”). And that’s but a peek of his formidable filmography.

“In my case, I’m fortunate enough to have worked with the best directors of the country. I did classic movies. I was part of shows that did well. I was fortunate to be there, working on all those wonderful projects. And I enjoyed those moments,” he said.

Of course, there were a number of duds, too, he admitted. “I think 40 percent of what I have done makes me go, ‘Wow, I like this! I’m happy to be part of this.’ The other 60 percent, though, makes me want to go, ‘Don’t show that!’” he said, laughing.

Without giving specific titles, Christopher continued: “When they show a movie of mine on television, and it’s something I don’t like, it makes me think, ‘Can I buy that, so I can burn it?’”

Christopher was last seen in GMA 7’s fantasy series “Lolong” and the acclaimed film “On the Job 2: The Missing 8.” This year, he will star in Coco Martin’s coming television adaptation of the Fernando Poe Jr. classic “Batang Quiapo.”

“I used to be the boy next door, and then the romantic lead. Later on, I played father roles. Now, I have been getting villain roles,” he noted.

But regardless of genre or character, Christopher is thankful that acting offers continue to pour in. “I thank God for that. I thank Him for the talent He has given me,” he said.