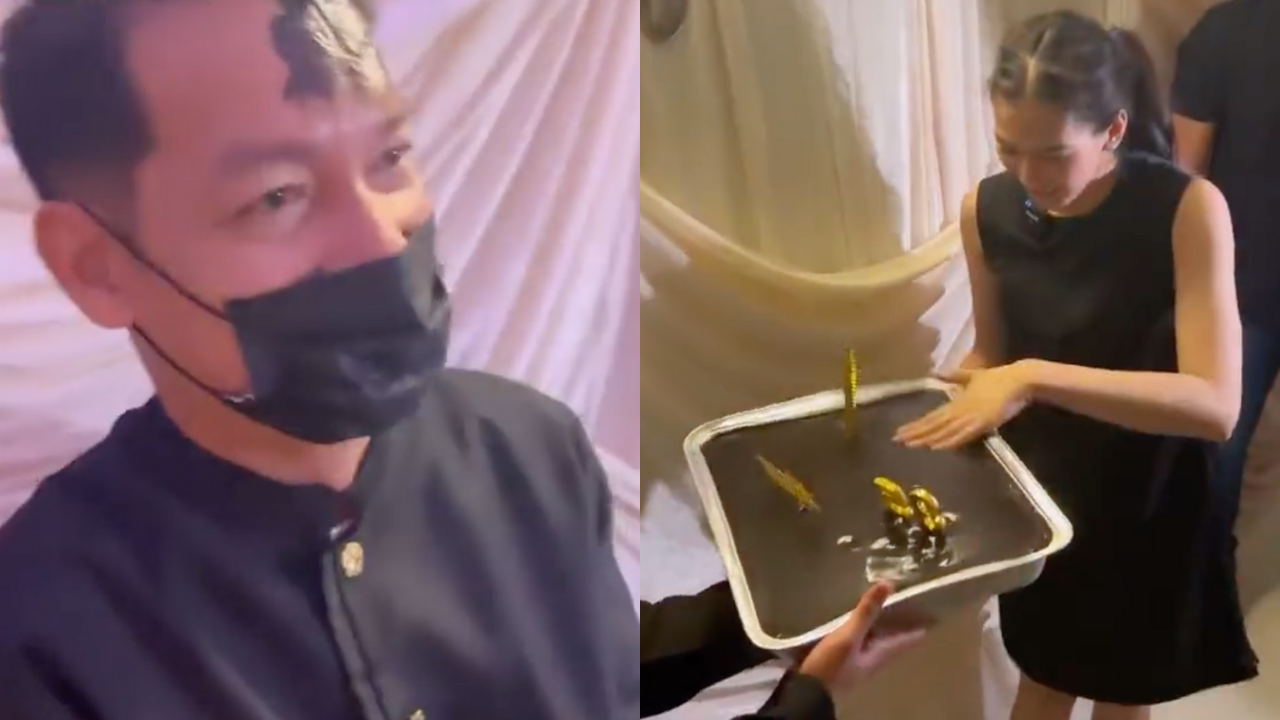 Alex Gonzaga is once again at the receiving end of criticism from netizens after a now-deleted video showing her smearing icing on a waiter’s face during her birthday celebration goes viral on social media.

In a video on Dani Barretto’s Instagram Story posted Monday night, Jan. 16, Gonzaga was seen celebrating her 35th birthday with her loved ones, including her husband Councilor Mikee Morada of Lipa City, Batangas. As the actress was blowing the candles on her birthday cake, she smeared the icing on the forehead of a waiter.

The video has been deleted by Barretto on the same day, as of this writing. However, it has been re-uploaded and shared by netizens and several media outlets on social media.

WATCH: Alex Gonzaga goes viral on social media after this video of her smearing icing on a waiter’s face during her 35th birthday celebration circulated.

The video, uploaded on Instagram Story by Dani Barretto, is now deleted. pic.twitter.com/glxMxODXRK

The video caught the attention of netizens, particularly on Facebook and Twitter, with some calling her out for her “rude behavior” and for being a “blatant bully” towards the waiter. Others also came forward to share their experiences of working with Gonzaga on social media.

Children’s book author Ceej Tantengco alleged that she once worked with Gonzaga on a TV commercial, where the actress wanted to adjust the call time because she “was not a morning person.”

“We adjusted our plans [and] prepared to rush our shooting, thinking she had another commitment. Pala: ‘Di lang ako morning person (I am not a morning person),’” she said.

Worked with her on a TVC where we needed a full day of shooting. All the other artistas agreed to an early call time except her, who insisted on 12nn.

We adjusted our plans & prepared to rush our shooting, thinking she had another commitment. Pala: “Di lang ako morning person.” https://t.co/CgKDnlFiwW

Meanwhile, content creator Arshie Larga said the actress should be mindful of how she interacts with other people.

(What if the server was the one who did it? How would she feel? Oh wait, the server wouldn’t do that since he has manners.)

Twitter user @drakoyne said the waiter “being laughed at in front of so many rich people” must have been “hard for him.”

what irks me about this alex gonzaga fiasco is the power imbalance between her and the server. being laughed at in front of so many rich ppl must’ve been hard for him, but alex probably thinks of it as a “joke” lang. tbh this is blatant bullying in plain sight.

A netizen going by the username @RehumRafol said this is not the first time Gonzaga trended on social media for her “rude behavior.”

One @xtiantuzon_ claimed that he once worked with Gonzaga for a brand deal, however, she allegedly violated “our contract for posting a competitor brand but refused to accept the consequences.”

OOF since a lot of bad experiences from her are coming out. We used to work with her and I remember her violating our contract for posting a competitor brand but refused to accept the consequences. Nilaban pa ng momager nya na kami ang may mali kasi di nalinaw sa kanila. YIKES https://t.co/6cdTZ7qqGp

Radio presenter Mo Twister called out Gonzaga on social media, and said she was “drunk and stupid and a narcissist.”

Come on guys. She was drunk.

Drunk and stupid and a narcissist. https://t.co/lFpB8NsfrD

Content creator Janina Vela also spoke up about the now-viral video, adding that “service workers are our equals.”

Service workers are our equals. It’s their job to serve, but it’s our job to give them the respect they deserve. https://t.co/6i7wZHDLcQ

Barretto, on the other hand, was likewise being dragged in the fiasco by another netizen, @sushidotink, for “wiping her hands clean” after the video was deleted from her Instagram account.

Dani Barretto thought she could wipe her hands clean by deleting the ig story for Alex Gonzaga. Girl, mabilis kumuha ng resibo mga tao, and THE AUDACITY to zoom the video at kuya. Birds of the same feather, flock together nga talaga 💀💀💀💀💀

Both Gonzaga and Barretto have yet to address the matter, as of this writing.

“Alex Gonzaga” and the words “Mikee”, “Catherine”, “Bastos” and “GMRC” were the trending topics on Twitter since Monday night, reaching more than 30,000 tweets. Gonzaga is Catherine Gonzaga-Morada in real life, and is married to Lipa, Batangas Councilor Mikee Morada, who was also beside her in the viral video.

Gonzaga previously gained attention in social media last November 2022, after claiming that she and Dra. Vicki Belo were snubbed by Heart Evangelista at a fashion show in Milan, Italy.

However, after it blew up on social media and netizens were beginning to slam Evangelista for the snub, Gonzaga and Belo clarified that the incident didn’t really happen, and that it was all part of a joke. EDV