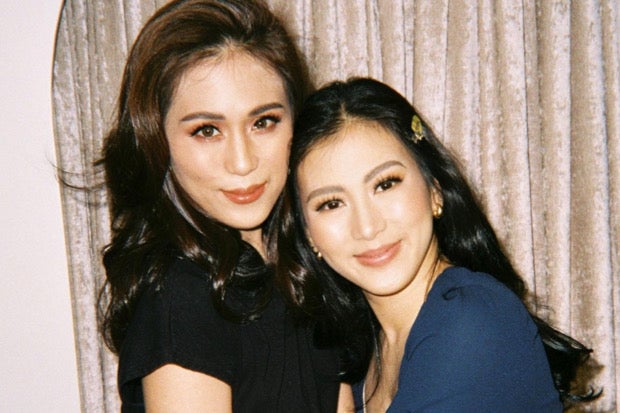 Alex Gonzaga sees her sister Toni Gonzaga as a strong person who is “equipped” against bashing, while also being her mentor and like a mother to her.

Alex spoke up about the bond she had with Toni and recalled how they grew up in an exclusive interview with broadcaster Karen Davila, as seen on Davila’s YouTube channel yesterday, Feb. 19.

Alex then spoke about how they compromise when it comes to their different political views as a family.

“Sa family, iba-iba ng political stand but my daddy would always say na, ‘Your political stand is your right but mas importante is family than anything, any issue,'” she said. “So we support each other, we know our stand. ”

(In a family, there would be different political stands but my daddy would always say, “Your political stand is your right but family is more important than anything, any issue.”)

Alex also recounted how Toni would divert to another topic when asked about how she’s doing amid the bashing she has been receiving. Alex also shared how her older sister was bullied when she was young, which according to Alex made Toni ready to face what she’s experiencing now.

“Knowing my sister, I know she’s a strong person and I know na hindi siya dadalhin ni Lord doon nang hindi siya ready. My sister was bashed even before nung bata pa. She was bullied preschool pa lang hanggang sa pag-aartista niya,” she stated. “During that time, I think she was so equipped and so ready for that.”

(Knowing my sister, I know she’s a strong person and I know that the Lord would not bring her to a situation she’s not ready for. My sister was bashed even when she was still a kid. She was bullied from preschool and even now that she’s an actress.)

(When my daddy scolds her, he would ask, “Won’t you react?” My sister is really brave as a person, that’s why I think she was really born for this because she can endure it.)

Toni recently went under fire after her controversial hosting of the proclamation rally of presidential and vice presidential candidates Ferdinand Marcos Jr. and Sara Duterte. In the said event, Toni introduced Rep. Rodante Marcoleta who was among those who opposed the franchise renewal of her home network ABS-CBN. JB