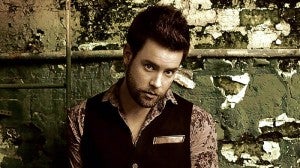 COOK. Performs in Manila and Cebu on July 14 and 15, respectively.

GIVEN the emotional roller-coaster ride David Cook has been through since beating David Archuleta for the top plum of “American Idol, Season 7,” it looks like the raspy-voiced singer has all the motivation he needs to rock his Filipino fans when he performs at the Big Dome on July 14, and at Cebu Waterfront Hotel the next day (call 911-5555 or 6332 514-3500).

Cook seemed unstoppable after his “Idol” win: He accomplished the record-smashing feat of charting 14 debut singles in the same week on the Digital Songs chart, then capped off his winning streak when “David Cook,” his first major-label release, bowed at No. 3 on the Billboard 200.

But, some triumphs come with tragedy: As the 29-year-old rock star was in the midst of his “Declaration” tour, his older brother, Adam, succumbed to brain cancer. And, last May 10, on the same day David performed his latest single, “The Last Song I’ll Write For You,” on “American Idol,” he also confirmed that he was no longer connected with any recording outfit.

If Cook plays his cards right, he can effectively use the dramatic upheavals of his life to make his latest concert in Manila more personal and intimate—especially if he lets substance win over flash and bravado.

Aside from “Light On,” “Come Back To Me,” the anthemic “Time of My Life,” and his groovesome cover of Simple Minds’ “Don’t You (Forget About Me),” we’re looking forward to hearing the elegiac beauty of “Permanent,” which he sings to pay tribute to his departed brother.

And, if the singer’s show at the Big Dome is anything like the 12 tunes in his recent album, “This Loud Morning,” he can effectively utilize the catharsis the head-banging session offers to help him deal with his unresolved “issues.”

Among “This Loud Morning’s” deeply personal tracks that we’re excited to hear in the concert are “Circadian” and “Rapid Eye Movement” (“Give me one more quiet night/ before this loud morning gets it right and does me in”), two cuts that convey the album’s recurring themes—about dreaming and sleeping, appropriately used as metaphor for man’s struggle against his inner demons.

Other notable cuts: The thrilling “4 Letter Word,” “The Last Goodbye,” “Time Marches On,” “Fade Into Me,” and the luscious ballad, “Goodbye to the Girl.”

Cook shares, “There were mornings where I woke up, and all I wanted to do was pull the blanket back over my head and try again tomorrow. I wanted to blend that feeling with the romantic idea that you can live your life during the hours that you’re asleep—that there’s this pause button you can use to make sense of the world around you!”