Macho foodies sizzle in the kitchen 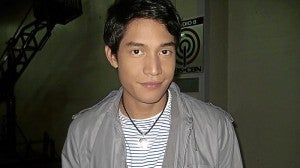 BASA. His crispy pata made the other guys’ culinary creations look like afterthoughts—or appetizers. Photo from pinoyexchange.com

LAST Monday, we finally caught a telecast of the new show, “Hot Guys Who Cook,” which strives to ride on the twin appeal of hunks who happen to at least pass muster in the kitchen. Is this some women’s ultimate fantasy made flesh—with added sizzle?

It sure looks like it. Last week’s telecast first showcased the hunky expat Henry, who whipped up a roast chicken dish. He was followed by the similarly macho Bobby, who came up with a cheeseburger with a difference: The cheese was “infused” in bits and pieces into the meat patty, and it melted to yummy perfection.

Despite the hunky chefs’ best efforts, however, the show failed to come up to “hot” expectations, because its format was quite predictable: Guy is profiled as a yummy item, he goes to the market to buy the ingredients and supplies he needs for his dish, he goes home to cook it, he eats it and raves about how great it tastes. —That’s it.

Given this predictable unfolding of program sections, the macho cooks should look really dishy—but, in actuality, their physical appeal generally falls short of that.

In addition, excitement over the dishes they whip up is minimal, because the recipes are more standard than adventurous and fun. Finally, when the “finished products” are sampled, the plating lacks zing and yum.

Would the cooking show heat up more if the hunks wore skimpier clothes—like a wee apron? After all, it can get hot in the kitchen! —No, that would be too obvious a ploy for more agitated and empathetic viewership. Down, boys—and girls!

The better way to go is for the show to field hunky cooks who both look and talk better, and it would really help if the dishes they come up with are more ambitious, creative and unique. Enough of the notion that guys have to come up with basic meat-and-potatoes dishes.

After all, there are many cooking shows on TV that feature male chefs who create less generic and more adventurous meals, and they don’t lose points on the macho meter.

With better research and casting, “Hot Guys Who Cook” should be able to feature hunks who are both easy on the eyes and wicked warriors in the kitchen. —As for the yummily romantic dessert that hopefully comes after the sumptuous meal the hot culinary hunks whip up—that’s best left to the imagination!