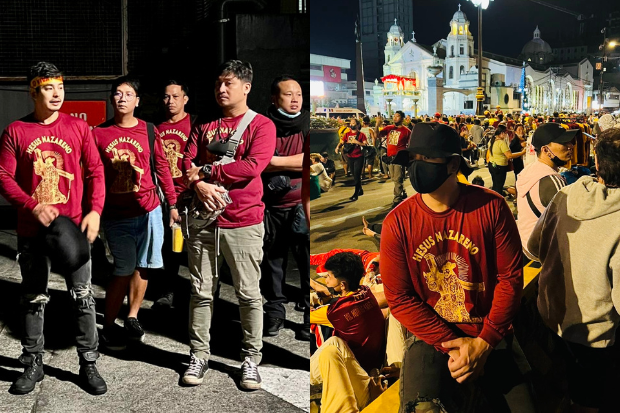 Coco Martin was among the devotees who took part in the Black Nazarene feast yesterday, Jan. 9, the same day that he began taping for the ABS-CBN series adaptation of Fernando Poe Jr.’s, or FPJ’s, “Batang Quiapo.”

Dreamscape Entertainment, which will produce “FPJ’s Batang Quiapo,” showed Martin and the production team for the series visiting the Minor Basilica of the Black Nazarene, or Quiapo church, via its Twitter page yesterday, Jan. 9.

They can all be seen wearing maroon shirts printed with an image of the Black Nazarene, while other photos showed them holding cameras and seemingly reviewing footage.

ABS-CBN announced the new adaptation of “Batang Quiapo” last December, when it revealed that Martin would be appearing alongside Charo Santos and FPJ’s daughter Lovi Poe.

The series, which is meant to commemorate FPJ’s 18th death anniversary, is based on the 1986 movie starring FPJ. It is directed by Martin and Malu Sevilla.  /ra