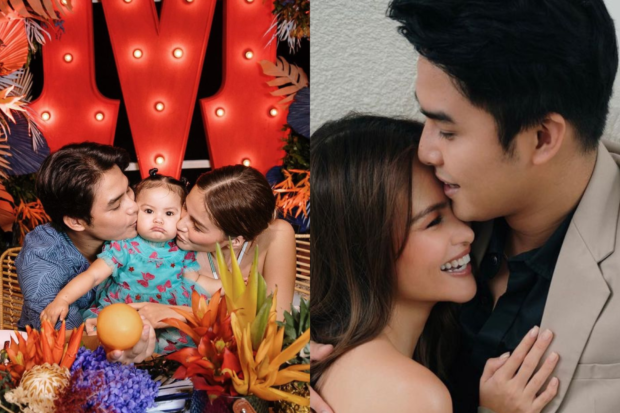 After a turbulent romance, it has been confirmed that McCoy de Leon and Elisse Joson have broken up for good. The actor announced their split through a series of Instagram Stories on Jan. 4, but the cause is yet to be revealed by both parties.

Despite the confirmation, de Leon and Joson’s breakup continues to be a discussion among netizens including speculations of the former’s alleged infidelity towards his ex. Allow us to take a trip down memory lane as we relive the ex-couple’s romance, from their stint in “Pinoy Big Brother” to their controversial split.

De Leon was among the first batch of celebrity housemates to be confirmed as part of the reality TV show “Pinoy Big Brother: Lucky Season 7,” alongside fellow Hashtags member Nikko Natividad and Yassi Pressman, among others. Compared to previous seasons, they were flown to Ho Chi Minh City in Vietnam as part of the series’ twist.

Joson was announced as a housemate later on, but through the ABS-CBN TV newscast “TV Patrol.”

Sparks flew between de Leon and Joson during their time in Vietnam, much to the teasing of their fellow housemates. However, they denied that there was nothing going on between them.

Despite this, Joson revealed in a 2021 vlog that she and de Leon considered themselves to be a couple when she re-entered the PBB house in the Philippines. She also opened up about sharing a kiss with the actor in the swimming pool, although she’s uncertain whether they were seen by the staff or not.

De Leon and Joson, collectively known as McLisse among fans, were announced to be part of the supporting cast of “FPJ’s Ang Probinsyano.” This marked one of their first projects as an onscreen pairing.

October 2016: McCoy and Elisse speak up about their blossoming romance

However, the actor caused a wave among fans when he admitted that he has feelings for Joson in a guesting for “Gandang Gabi Vice” in the same month. 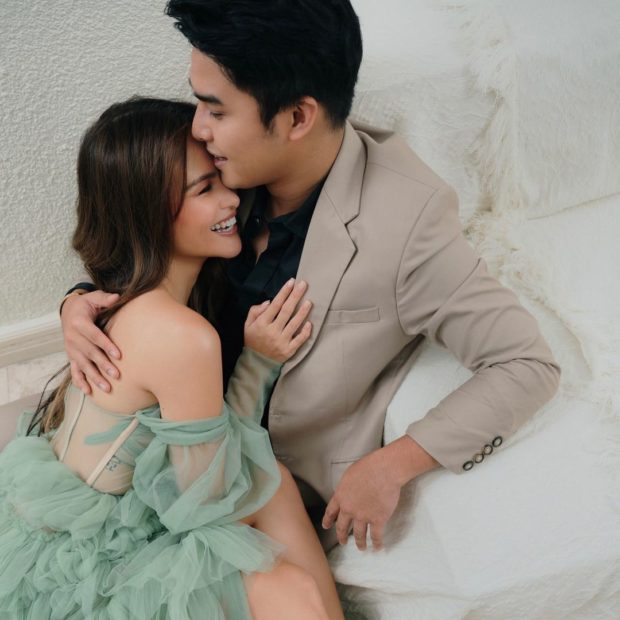 Joson said she’s having “communication problems” with de Leon in an episode of “Magandang Buhay” without disclosing any details about their relationship. The ex-couple also didn’t reveal the exact date when they started to become romantically involved with each other.

October 2018: McCoy says he’s not on speaking terms with Elisse

The actor revealed in an ambush interview with Push that he hasn’t spoken with Joson since the 2018 edition of the ABS-CBN Ball. Even so, he hopes to work again with the actress in future projects.

Joson, on the other hand, admitted that de Leon unfollowed her on social media in August 2018.

Despite not being on speaking terms, the McLisse tandem embarked on promotional activities for their 2019 film “Sakaling Maging Tayo.”

De Leon and Joson were apparently emotional during this time, as videos of their appearances in “Tonight with Boy Abunda” and “Magandang Buhay,” as well as a video with Black Sheep Productions showed them in tears.

March 2020: McCoy reveals he felt ‘overwhelmed’ after breakup with Elisse

The actor bared how his breakup with Joson had affected him in an exclusive interview with Philippine Daily Inquirer, saying he felt “overwhelmed” and unsure of himself at that time.

“I felt overwhelmed. Nadala ako do’n sa dati… but I learned a lot from that experience. What’s important is that we ended up as good friends and coworkers,” de Leon said in the report.

Rumors of De Leon and Joson’s reconciliation swirled on social media, after the actor shared a photo of himself getting cozy with the actress at a romantic cruise on Instagram.

“Always all ways,” he wrote in the caption.

June 2021: McCoy and Elisse get back together

The actor confirmed that he and Joson are back in each other’s arms at a press conference, according to an ABS-CBN report. He also shared that they got back together even before the pandemic, although he didn’t reveal the exact date.

Prior to announcing their reconciliation, Joson revealed that she received a “meaningful surprise” from the actor on her Instagram account in January 2021.

October 2021: McLisse introduce their baby girl to the public

Without disclosing that Joson got pregnant and when she gave birth, the actors later revealed that they are parents to a baby girl named Felize McKenzie in an Oct. 31 episode of PBB, when they asked Big Brother to be the godfather of their daughter.

The actress said they chose to unveil their baby girl to the public through the reality show since it is where their love story started. 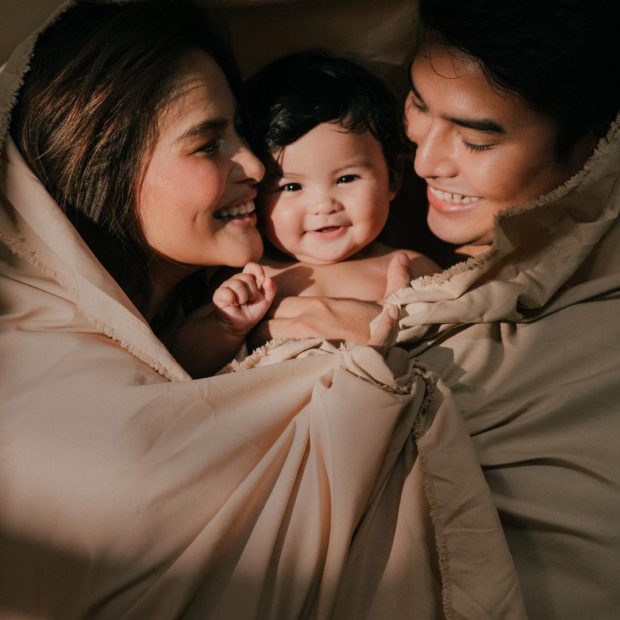 Fans were overjoyed after it was announced that De Leon and Joson have starred in “Habangbuhay,” their first film together as an onscreen pairing since “Sakaling Maging Tayo.”

It was also during this time when de Leon greeted their daughter a happy birthday, giving rise to speculations that baby Felize may have been born sometime in April 2021.

Rumors about De Leon and Joson’s breakup and the actor’s alleged infidelity towards the actress after eagle-eyed netizens noticed their cryptic posts on their respective social media accounts.

The actor was also accused of cheating on Joson with one Mary Joy Santiago, after photos of their interactions made rounds on the internet. Santiago, however, seemingly addressed the rumors through a cryptic post on her Instagram Stories on Jan. 3.

De Leon then penned an open apology to baby Felize in a post dated last Dec. 19, where he apparently implied that he has no means to reach her in an edited caption. Hours after posting the letter, he once again edited portions of the caption and apologized to his supporters on Instagram Stories. 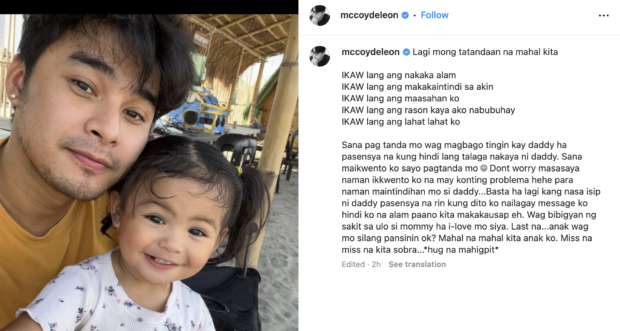 De Leon confirmed that he and Joson have ended their relationship, as he also stressed that he didn’t intend to hurt or fool anyone during their break-up.

The actress, on the other hand, has yet to issue a statement about their current status, as of this writing. EDV