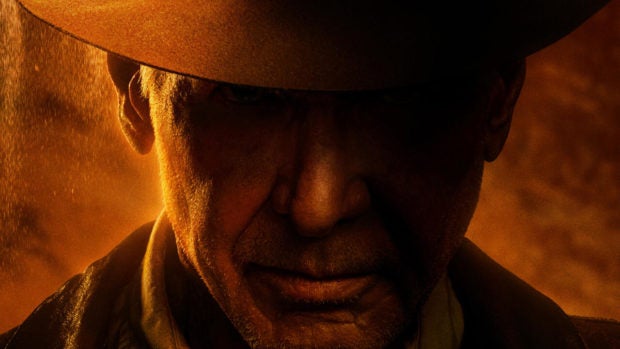 A proper send-off is always required for any movie franchise, especially one of Hollywood’s Top 5 film franchises, Indiana Jones. As a child, I remember seeing one of the Indiana Jones movies on local television. Later, in the early-1990s, I recall watching Indiana Jones and the Last Crusade on laserdisc at my cousin’s house. How I wish I could remember more, but I am sure fans from all over the world of all ages are happy that Harrison Ford will put on once more his signature fedora hat, jacket, and bullwhip—all trademarks and hallmarks of how Indiana Jones dresses.

When I was watching the official movie trailer for Indiana Jones and the Dial of Destiny, I could feel the presence—a heroic aura, if you will—of the legendary on-screen character that Harrison Ford has portrayed on and off over the decades, with the last reprisal of the role happening in the year 2007 with Indiana Jones and the Kingdom of the Crystal Skull.

I never imagined in my dreams that Harrison Ford could reprise his role again this year because he is already old. As a fan, I wouldn’t want him to get hurt or have an accident while filming, but they have confirmed that he did at one point. However, with Harrison Ford’s tough blue collar mentality, he could still finish his scenes, showing everyone his dedication to his legendary role, because any successful and respected actor who has played a specific iconic or legendary role multiple times over the decades has become the on-screen character to their respective fans, and that is more motivation for him to live up to that and not fail his loyal fans. I truly believe Harrison Ford knows this.

To be honest, when you ask anyone what roles Harrison Ford has played and what he is best known for, they all say “Star Wars” and “Indiana Jones.” You only get two answers most of the time. It is exuding a heroic presence in the same way that Han Solo in “Star Wars” and Indy in “Indiana Jones” are. Those are the two most legendary on-screen characters from a movie franchise for any major studio in Hollywood. Perhaps no other actor has this very rare distinction, and we are all thankful Harrison Ford is still with us.

We often take the movie stars we grew up watching for granted, not realizing that everyone has a time frame in which they can still realistically portray their iconic or legendary roles. Now, with the Indiana Jones movies, it has become a cornerstone, or a benchmark, if you will, for the archetype of what an adventure movie should be, and when you mix elements of fantasy, sci-fi, comedy, and action with it, it is pretty much everything you would roll into one movie. I believe this is precisely the movie you can watch with the entire family. It would also be a great bonding experience because you are getting introduced to Indiana Jones if you are the youngest. It will be the first time you watch it; your older siblings and parents can share that first-time experience with you. For me, that is a mark of greatness in a timeless movie franchise when the entire family can bond and enjoy the movie experience.

There is no other actor who can ever portray Indiana Jones. Harrison Ford is irreplaceable, and this legendary role is his to take to his grave. He has earned that honor. To have anyone else, no matter how hyped, awarded, popular, praised, and critically acclaimed the actor is, no one in their right mind would even attempt or consider putting on the fedora hat, jacket, and using the bullwhip of Indiana Jones because only one man may do those things, and this being the last entry to the Indiana Jones movie franchise, it is only fitting that Harrison Ford “goes out” on his own terms and gives the moviegoers one last hurrah as only he can. Indiana Jones and the Dial of Destiny is the swan song for Indiana Jones, which is another primary reason this movie will become a milestone event when it gets released in early 2023 (June in the States). Be sure to watch it.

Let us give honor, love, and respect to the man behind the on-screen hero, a famous cultural icon, childhood inspiration, positive role model, and movie legend, who is Harrison Ford.