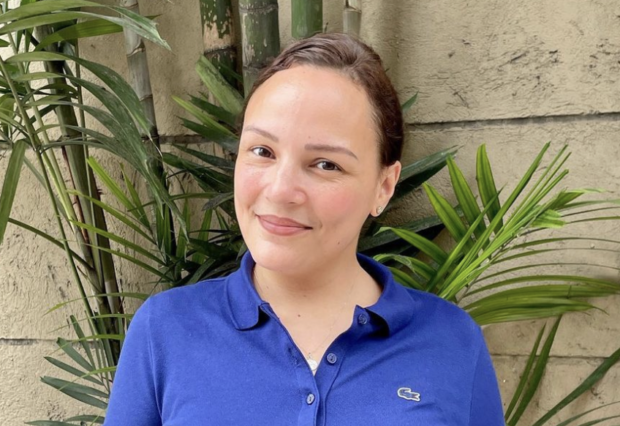 The rift continues between Nora Aunor and her daughter Matet De Leon, with the latter recalling an incident in December 2020 wherein the veteran actress supposedly started a quarrel with her son Ian de Leon.

The timing of their recent disagreement has led the younger actress to question why their mother always had to pick a fight with her children at this time of the year.

(Why is it that every December, our mom would pick a quarrel with [her children]? Two years ago, it was with my older brother. Why does it happen every December?) 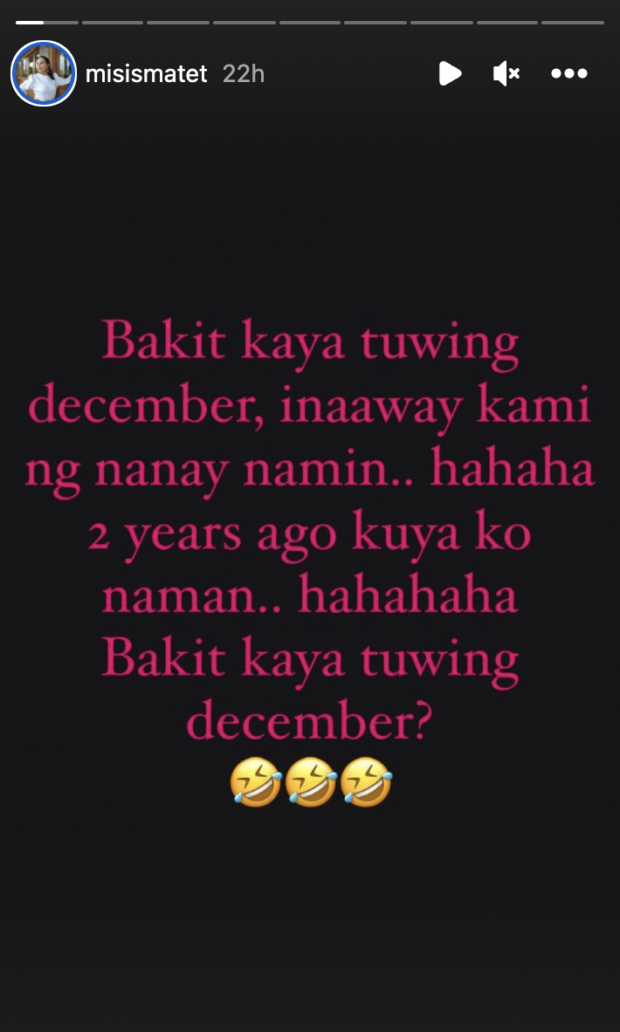 Matet was apparently referring to Ian and Aunor’s feud on his 45th birthday after the actor did not attend the party organized by his mom for the occasion.

Ian confessed at the time that he skipped the party after Aunor asked if she could document the event and release it on her YouTube channel. Ian also pointed out that he wanted the gathering to be an event attended by their family members only, but Aunor expressed intent to invite a person her children were “not comfortable” with. The actor did not specifically mention who he was pertaining to.

Matet and Aunor earlier made headlines after the latter “competed” with her daughter’s gourmet business. Matet said she felt “betrayed” after Aunor launched her new business venture, which the Superstar apparently kept secret from her daughter prior to its release.

Aunor has yet to publicly address the matter as of this writing.

Matet, along with Lotlot, Kiko and Kenneth, is Aunor’s adoptive children with ex-husband Christopher de Leon. Ian is the former couple’s only biological child. EDV