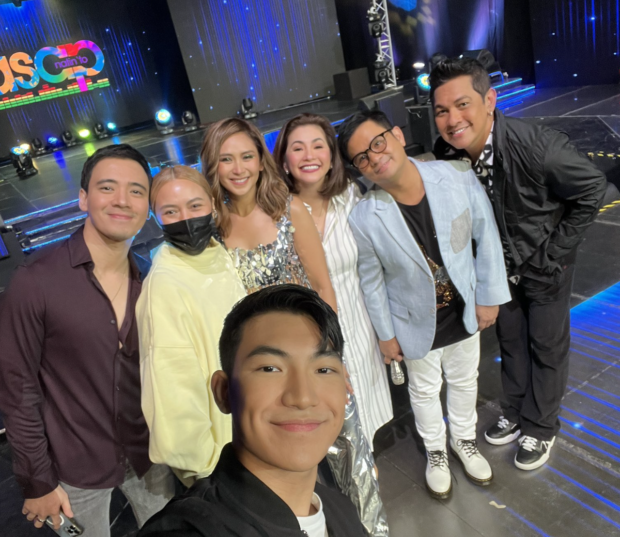 Popstar royalty Sarah Geronimo is set to make her grand ASAP studio comeback after two years since her last stage performance in November 2020.

Geronimo’s return to the “ASAP Natin ‘To” studio has been confirmed by the show’s head writer Darla Sauler, who revealed that the singer will be appearing on its Dec. 11 episode in an Instagram post.

Dapat-Sy also took to Instagram to express her excitement about Geronimo’s ASAP return. Her post showed a video of the Popstar Royalty dancing to her latest single “Dati Dati” with the members of G-Force.

“Just a clip from our hours of rehearsals… Oh yes!!! The biggest artists I work with are the ones who put the biggest effort and dedication to perfect their craft,” Dapat-Sy wrote. “DATI DATI “THE PROCESS.”

Geronimo returned to the ABS-CBN variety show in July 2022, as mentioned in a video uploaded on ABS-CBN Entertainment’s YouTube channel. However, many of her performances were filmed outside the studio since the show is currently filmed on a rotational taped and live basis.

The singer has been part of ASAP’s main cast since 2004, and made numerous performances under the “Sarah G Specials” banner. Her last appearance in the studio was in November 2020.

Geronimo took a two-year hiatus from showbiz in 2020 after tying the knot with Matteo Guidicelli. She recently released her comeback single “Dati Dati” in October 2022. EDV