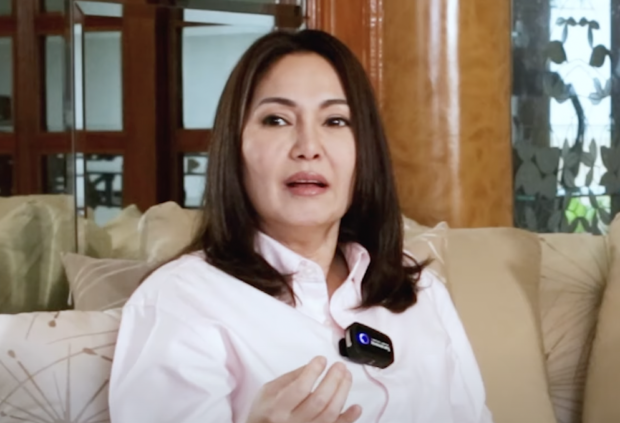 Maricel Soriano said she does not fear losing fame as she already prepared herself should the time come when she needs to end her showbiz career.

Maricel discussed this when her actress niece Meryll Soriano asked her, “Takot ka bang malaos? (Are you afraid of losing fame?),” as seen in a vlog on the Diamond Star’s YouTube channel on Saturday, Dec. 3.

(No because since I was young, people have already been telling me that everything has an end. So, you should always be ready because show business is just like life, you would not know what could happen.)

Maricel then addressed fellow celebrities and noted that one should be grateful for the opportunities they were given in show business.

(If you already became famous and your time had come to an end, give [chance] to others. That’s how it goes. You already had your time [in show business], so share it with others.)

During their conversation, Maricel was also asked how she feels on her new series under ABS-CBN which marks her return to television.

(I am very excited because of course, we have not been on television for some time. It feels like I’m ready to act again. It was as if my heart is shouting, “We’re game, Mary!”)

Maricel’s ABS-CBN TV series was announced last September. No further details have been given about the project as of this writing.

Earlier this year, the Diamond Star was also revealed to star in the international romantic-comedy film “Re-Live” where she will be appearing with American actresses Rain Valdez and Rachel Leyco. EDV

Maricel Soriano gears up for new series with ABS-CBN