Jodi Sta. Maria welcomes ‘Labyu With An Accent’ role as a breather from heavy drama 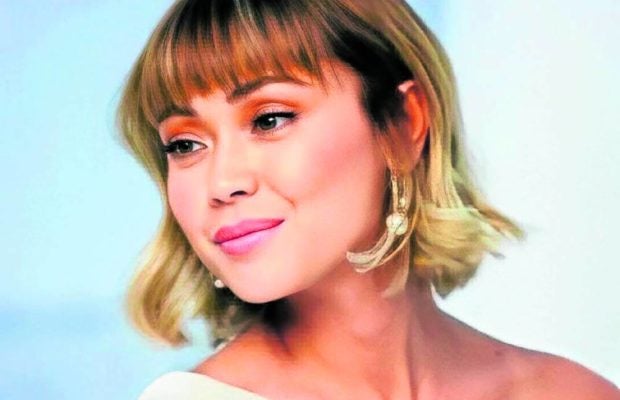 Playing Trisha, a rich Fil-Am girl who returned to the Philippines to mend a broken heart in “Labyu With An Accent,” was a welcome change for Jodi Sta. Maria, who has starred in heavy dramas, “Ang Iyo Ay Akin” and “The Broken Marriage Vow.”

“Na-realize ko, when I was doing this project na nakaka-miss pala na gumawa ng something light na rom-com. Kasi for the past how many years, I’ve been doing drama. Nakakatuwa na gumawa ng kalma and chill lang na character,” she said during the movie’s grand mediacon, November 30.

(I realized when I was doing this project that I miss doing something light like a rom-com. Because for the past many years, I’ve been doing drama. It makes me happy to do a calm and chill character.)

The role, Sta. Maria said, fits her requirements when accepting a project.

(I think one of the most important questions is whether would it send a good message to the audience. We don’t make movies just to spend money. We make films or TV shows because we have a story to tell and we use the medium of television and movies to share the story.)

Working with actor Coco Martin came unexpectedly for the actress.

(I didn’t expect that I would be directed by Coco and he would be my leading man. I mean, I was always doing something different and you’re now going to be the longest-running show, the ‘Ang Probinsiyano.’ But of course, when the opportunity came, who was I not to grab it?)