Jericho Rosales, Ryan Agoncillo cast in ‘On the Job’ prequel 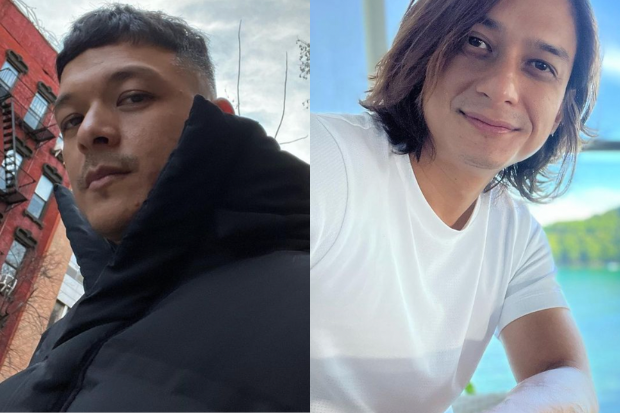 Acclaimed filmmaker Erik Matti is set to direct another film in the “On the Job” franchise, this time with a prequel starring Jericho Rosales and Ryan Agoncillo.

The actors’ casting was revealed in a report by Variety last Monday, Nov. 28. The prequel, which is yet to be given a title, will be the third film in the critically praised political crime thriller “On the Job” film series.

Rosales will play the corrupt mayor Pedring Eusebio, who started out in the New People’s Army, while Agoncillo will play Rene Pacheco, a high-ranking military official who makes his way into politics. Other members of the film’s cast will be revealed at a later stage, the report said.

The “On the Job” prequel, written by Michiko Yamamoto, is “set against the turbulent backdrop of the island of Mindanao where Pedring Eusebio, the corrupt Mayor of a fictional city called La Paz, rises to power.”

The film is produced by Matti and Ronald Monteverde under Reality MM Studios. Principal photography for the project will begin in 2023, with Dino Piacino as cinematographer.

Speaking about the prequel, Matti seemingly hinted at the inspiration drawn from other crime films or corruption movies.

“I love 1970s Hollywood crime films, or French Jean-Pierre Melville-type cop corruption movies that are no longer being made, although these are films that audiences still enjoy,” he was quoted as saying. “The prequel to ‘On The Job’ and ‘On The Job: The Missing 8’ provides another opportunity to bring a fresh, new Filipino crime story with international appeal to the world.”

The “On the Job” film series started with the 2013 movie “On the Job” starring Gerald Anderson and Joel Torre. Its follow-up, “On the Job: The Missing 8” then premiered last year at the 78th Venice International Film Festival, where actor John Arcilla was awarded the Volpi Cup for best actor.

Aside from Arcilla’s Volpi Cup, the franchise has earned many other awards and recognitions. “On the Job: The Missing 8” is the Philippines’ official entry to the Oscars this year. Its miniseries, a re-edited version of the first two films, was nominated at the International Emmy Awards.  /ra

‘On the Job: The Missing 8’ chosen as PH entry to Oscars

TAGS: “On the Job”, Erik Matti, Jericho Rosales, On the Job: The Missing 8, Ryan Agoncillo