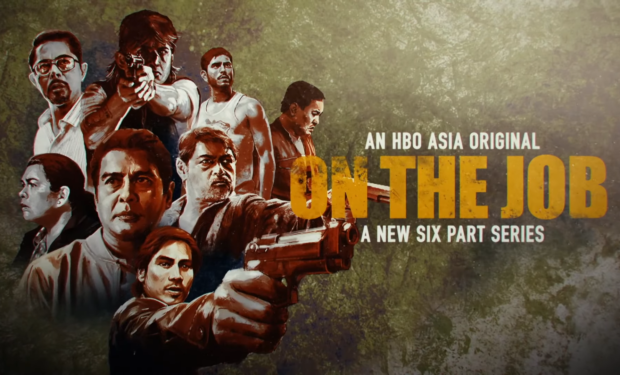 “On the Job.” Image: screengrab from YouTube/HBO Asia

“On the Job,” the six-part miniseries by acclaimed director Erik Matti, has been nominated in the 50th International Emmy Awards.

The series is nominated for best TV movie or miniseries, alongside productions from the United Kingdom, France and Chile. This is according to the list of nominees released by the award-giving body yesterday, Sept. 29.

The “On the Job” series was created by Matti and his wife, writer Michiko Yamamoto. It is adapted from the original 2013 film and its sequel “On the Job: The Missing 8,” which premiered last year as the only Filipino production at the Venice International Film Festival.

The series centers around crime syndicates that temporarily release prison inmates to carry out political assassinations for those in power, but the crime syndicates are themselves  run by politicians. It premiered on HBO Go in September last year.

Its first two episodes were first shown in cinemas in 2013 as the “On the Job” film, though Matti noted he inserted never-before-seen footages from the original cut. Meanwhile, the latter episodes are parts of “The Missing 8.”  /ra