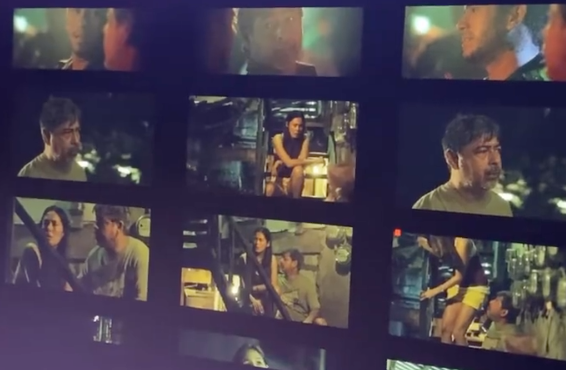 Frames from the upcoming “On the Job” series (Image: Instagram/@erikmatti)

Erik Matti’s “On the Job” series, a combination of the first film and its sequel “On the Job: The Missing 8,” is set to premiere on HBO GO on Sept. 12.

The first two episodes of the six-part series first premiered in cinemas in 2013 as the critically acclaimed film “On the Job.” In the upcoming HBO GO title, Matti said he inserted never-before-seen footages from the original cut.

“We brought back several plotlines that I’ve written into the original script that slowed down the main plot when it was just a movie,” Matti posted on Instagram on July 29.

“Now that it’s a series we can now explore as many plotlines as we can so we were able to close the [Gerald Anderson] relationship story with [Dawn Jimenez],” the award-winning director shared.

Matti noted that he and “On the Job” writer Michiko Yamamoto, his wife, also inserted the “father-son angle” between Joey Marquez’s and Gerald Anderson’s characters. They were also able “to push the father issue and the political ambition of [Piolo Pascual] with additional scenes that I’ve uncovered in the old material.”

“I was in awe rediscovering the material that we all shot back then and see the characters live on again with their lives showing a little more of their characters,” Matti shared.

“That’s the magic I was so surprised to feel when I saw the [footage] again. Their ages never changed. Same look. Same clothes. But we see more of their lives. Like they were stuck in a time capsule and we just picked new moments in their lives that we wanted to see. And there, we see it again. A little more fleshed out, a little more human. Awesome magic!!!” he emphasized.

The latter episodes of the upcoming series are set to premiere in this year’s Venice Film Festival as the movie “On the Job: The Missing 8.”

Competing alongside 20 other films, “On the Job: The Missing 8” is the only Filipino production in the lineup this year, the Venice International Film Festival said in a release on July 27.

“The series centers around crime syndicates that temporarily release prison inmates to carry out political assassinations for those in power, except that the crime syndicates themselves are run by politicians,” the HBO GO synopsis read as seen in Matti’s Instagram post earlier today, July 31.

“The series also puts a spotlight on fake news and how easily truth can be manufactured and disseminated to the public in today’s age of information,” it added.

“No turning back. The deadline is real. It’s up!” Matti said.

“On the Job: The Missing 8” features John Arcilla, Dennis Trillo, Christopher de Leon and Dante Rivero, among others.  /ra

TAGS: “On The Job: The Series”, “On the Job”, Erik Matti, HBO, HBO GO, On the Job: The Missing 8, streaming, Venice International Film Festival