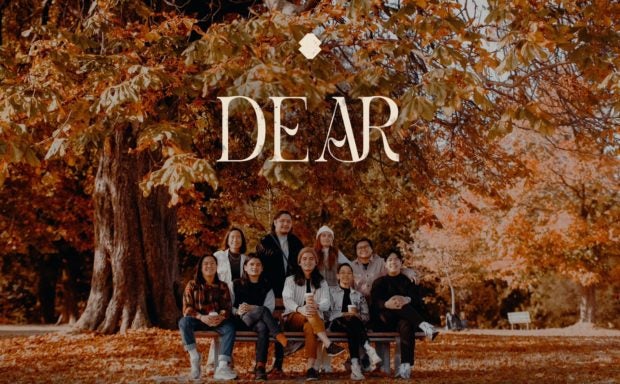 Ben&Ben is about to treat fans to a new heartwarming song as it teased its upcoming single “Dear” which will be released this Friday, Nov. 25.

The folk pop band released part of the song’s chorus on its Twitter page yesterday, Nov. 22, as it urged fans to pre-save the song.

“Only the two of us / can understand / the sureness of / our love. Chorus pala to nung bagong kanta naming lalabas sa Friday, ‘yung ‘Dear’ (By the way, this is the chorus of our new song which will be released on Friday, ‘Dear’),” Ben&Ben stated.

“Only the two of us can understand the sureness of our love.” Our new song comes out on November 25 midnight. It’s called Dear.

Ben&Ben can also be seen performing the chorus to “Dear” in a teaser video on its YouTube channel last Saturday, Nov. 19.

The band said the track, which is about “sureness beyond explanation,” can be dedicated to one’s lover.

Ben&Ben ended their North American tour earlier this month and has since held shows in Palawan and Cebu.

The band is now gearing up for its homecoming concert on Dec. 18 at the SMDC Festival Grounds in Parañaque City. The show was supposed to take place in September, but was postponed due to inclement weather. Despite this, Ben&Ben promised that fans will still get a “memorable experience” from the rescheduled show.  /ra