While Goofy is said to be Walt Disney’s favorite animated character, the clumsy dog that first appeared in 1932’s “Mickey’s Revue” is by no means his studio’s only inherently lovable animated creature. There’s the naïve snowman Olaf (“Frozen”), the adorable teacup Chip (from “Beauty and the Beast”), ditzy Dory (“Finding Nemo,” “Finding Dory”), red crab Sebastian (“The Little Mermaid”) and so many others.

But the movie’s other quirky characters are just as likely to find fans who would find them as adorable as they are compellingly voiced by Jake Gyllenhaal (as Searcher Clade), Dennis Quaid (Jaeger, Searcher’s missing father), Gabrielle Union (Meridian, Searcher’s pilot wife), Jaboukie Young-White (Searcher and Meridian’s 16-year-old gay son Ethan) and Lucy Liu (Callisto Mal, the president of Avalonia who leads their exploration into strange and uncharted territory).

The Clades are a legendary albeit dysfunctional family of explorers thrust into a hidden subterranean world where bizarre creatures and looming danger await. Keeping them company on their exhilarating journey into the unknown is a motley crew that includes mischievous Splat, playful Legend and a slew of ravenous creatures.

“What started everything was [me] just thinking about my sons and the world they’re going to inherit,” Don said. “How different is it from what I inherited from my dad?”

In a separate interview, Hall shared that he leaned into the idea of fathers and sons, and how they don’t always see the world the same way.

“My dad and I have a great relationship,” he noted. “He’s a farmer, and I grew up helping out. But when I was 14 years old, it all changed. Suddenly, I was planting and doing more high-level stuff that I just didn’t want to do. It wasn’t me.

“It all turned out fine eventually, but I always remembered that and thought it would be interesting to explore the kind of expectations we put on our kids, intentionally or unintentionally.”

At its core, “Strange World” is a story about family, specifically surrounding three generations who are seeking their place in the world. As a teenager, Searcher discovered a plant-based power source that changed the world.

Searcher’s dad, Jaeger, set out at a young age to be the kind of explorer legends are made of. But after he went missing during an expedition, nobody’s heard from him in decades.

For his part, Ethan isn’t sure he wants to do what his father does. It’s these men’s different personalities and conflicting priorities that prove divisive.

Qui said that the story’s father-son dynamic was something that resonated with him. He explained, “I’m also a dad of two kids, so this is a story that I needed and wanted to tell.”

As noted above, this isn’t the first time that the three are working with one another. So we asked them how their previous collaborations have helped them bring the story of this complicated family to life.

“There’s just comfort and a measure of ease when you’re working with the same people,” Don said. “But something that we learned on ‘Raya’ is this idea—not just because it is the theme of the movie, but also because it’s also the theme of ‘the making’ of the movie—of trusting everybody more than we did before… because we had to.

“We’re navigating this pandemic, where we’re made to interact only through Zoom. We’re not all together, so we can’t collaborate the way we normally do. That compelled us to trust each other in a new way. And I think that informs ‘Strange World’ and, to be honest, all of the other movies coming through the pandemic.”

We told Don, Qui and Roy that we’ve seen Jake tackling a Sondheim musical with aplomb in “Sunday in the Park with George” on Broadway, so we’ve learned to expect the unexpected in his career choices. But in their view, what does Jake bring to his characterization in the film?

Qui answered, “As you saw in that piece of theater, one of the fun things about Jake is that he likes to dig deep, as theater artists often do. The first day we got him in the room, we read the whole script with him, just like you would in theater. And there’s a scene exploration in there to the point where it actually forced me that night to go to my hotel room, rewrite the script to go back the next day and change it up… as you would in theater.

“It was a really fun thing because, you know, Don is from cinema, while my background is theater. And to have someone like Jake, who speaks both our ‘languages,’ was fun to play around, with Jake helping us craft the scene work. He likes to get into the underbelly of his character that, on paper, you’re like, ‘Ah, it’s just supposed to be funny.’

“Jake really gave it a lot of heart and gravitas. There are moments in this movie that will break your heart, but there are also moments that will make you laugh out loud. And it’s really that ability to play on both of those fields that sets him apart.” 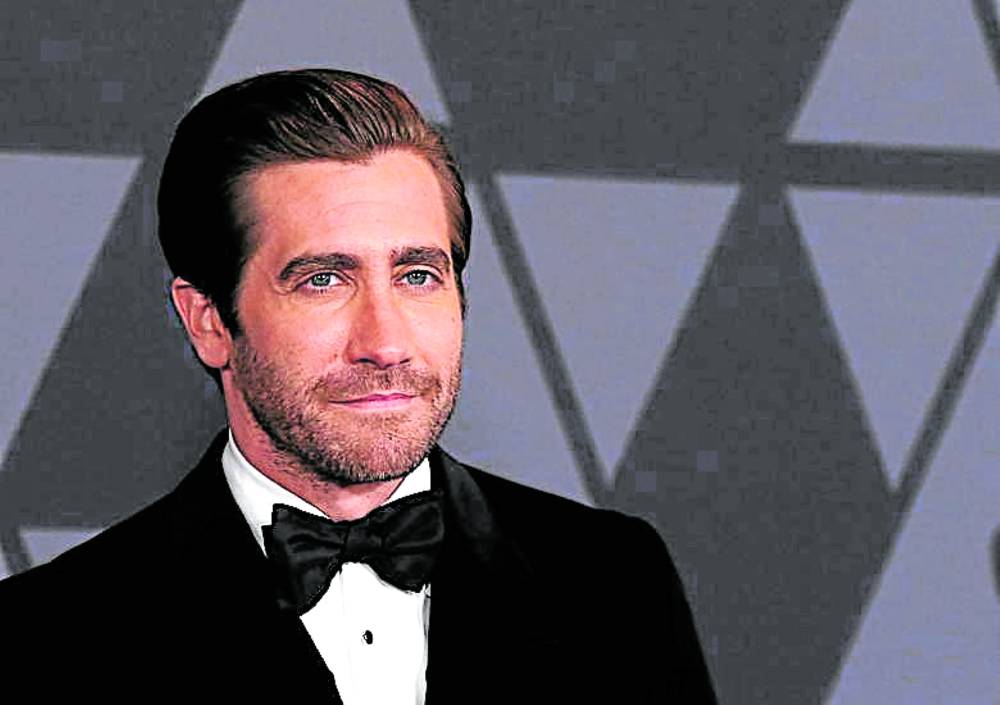 Joy in the process

Talking about what their takeaways were from the film, Don, Qui and Roy said that while putting all the elements of the production together was arduous, the satisfaction they got out of it was nothing short of “joyful.”

Don explained, “For me, I’ve taken away joy from being a part of this. There’s joy up onscreen and there was also joy in the making of it. I’m not saying that it was easy because it certainly wasn’t by any metric.

“But working with the actors was pretty easy. It was a joy to see the commitment of both cast and crew at such a high level. And it was gratifying to be on this side of it and seeing it all come together… because it really represents an amazing level of artistic ability.”

“Yeah, to add to that, Don challenged all of us by allowing us to really use our imaginations way beyond the usual,” quipped Qui. “We worked our derrieres off and got something truly satisfying out of it.”

Roy added, “Another thing that I got out of this experience is pride in this amazing team. It’s just stunning. And I can see how this movie fits into the legacy of Disney. One of the film’s themes is legacy—which fits right into the whole legacy of 100 years of Disney that’s coming up.”

We have a feeling that Splat and Legend will become instant fan favorites as soon as the movie comes out. But what were the actual inspirations for both characters?

“As far as Legend goes, the pitch came very quickly. Someone said, “We should have a dog.” But I think it was Lissa Treiman, our head of story, who suggested, “Oh, what about a three-legged dog?” And I was like, “OK, that’s interesting, because, as is quickly alluded to in the movie, there are a lot of unexpected elements in it…and a three-legged dog isn’t something we’ve seen before.

“Then, we got on YouTube and looked at every tripod video and fell in love with the idea of Legend being three-legged. It just allowed for a really interesting movement from him—and Legend is such a lovable, silly, good boy.

“As far as Splat goes, that just started with doodles! You know, it’s just more imagination coming to bear, and we wanted a character with no face to express himself with…he just does it through motion and by way of his appendages (laughs).”

Interjecting, Qui added, “The inspiration for Splat comes from one of those toys that you throw and literally goes splat. Then, it climbs down a wall, like … clang, clang, clang. That inspired us at the beginning, but once we started to identify how Splat would look like, his [personality really took shape].

“I mean, we make that joke in the footage we sent you … it’s that exact thing. And so, we were definitely influenced by that little squishy toy. But our artists also found inspiration from other things, from sausages to coral reefs to splat toys—it runs the gamut (laughs)!”

Disney + is finally launching in the Philippines