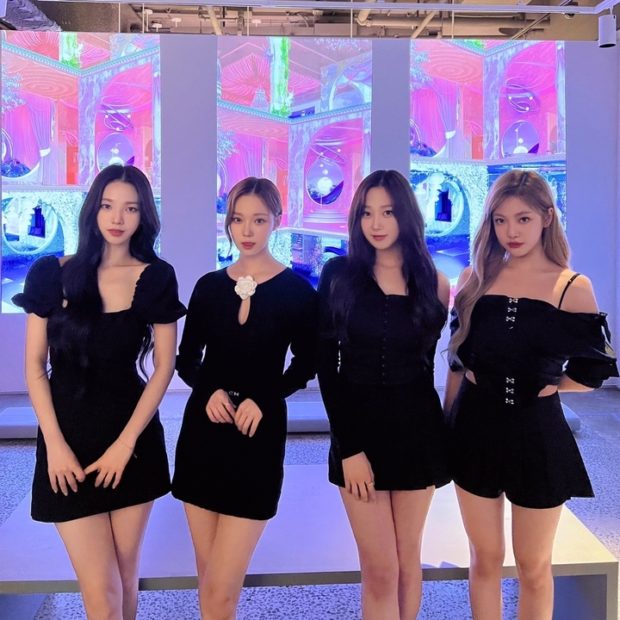 South Korean girl group aespa will unveil its first reality show next month, according to a local media report on Monday.

The four members have finished shooting the show that follows them around major tourist destinations in Gangwon Province. The show will be available through over-the-top service provider Wave.

The quartet debuted two years ago with single “Black Mamba” and has released a series of hit songs such as “Next Level,” “Savage” and “Girls.”

Last month it put out a remix version of “Girls” as part of iScreaM project from ScreaM Records, its label’s EDM (electronic dance music) arm. The song fronted its second EP of the same title that came out in July and the album sold over 1.64 million copies. It sold more than 1.12 million copies in the first week, becoming the first album ever to sell more than 1 million units from a K-pop girl group at the time. DC/RA