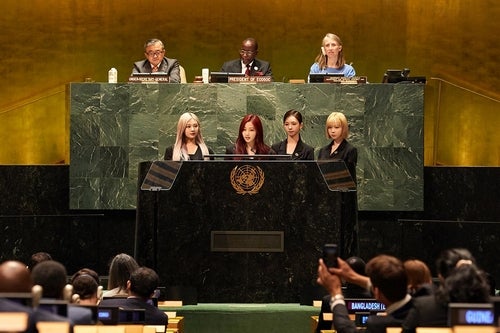 Rising South Korean girl group aespa has called for future generations to pay attention to and take action for the sustainable development goals during a speech in a United Nations forum.

The band addressed the 2022 High-level Political Forum on Sustainable Development held at the U.N. headquarters in New York on Tuesday, July 5 (U.S. time).

“The metaverse reflects reality. If our own reality is not sustainable, it would become difficult to sustain the possibilities of the virtual world,” member Giselle said after introducing aespa as a “metaverse girl group” for its use of four avatar members existing in the virtual world.

After the speech, the group played a video of it performing “Next Level,” one of its hit singles.

The band is set to release its second EP, titled “Girls,” on Friday. (Yonhap)/AP