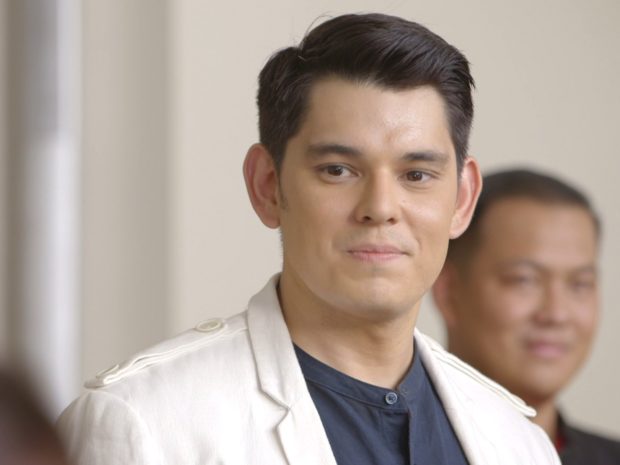 For actor Richard Gutierrez, his Apollo role in “The Iron Heart” is a tad different from his previous portrayal of his Lito Balmoria character in “FPJ’s Ang Probinsiyano”.

“Malayung-malayo ang portrayal ko (It’s really different in my portrayal) as Lito in “Ang Probinsiyano. It’s totally different like opposite side of the spectrum in terms of characterization,” he said during the grand mediacon for the series last November 5.

‘Yun nga, with the help of my directors, the creative team, of course the cast members that are with me here, we were able to develop a different character with Apollo na feeling ko ay magmamarka sa mga tao din (that I feel will make a mark to the people also), differently kung paano nagmarka si Lito Valmoria (how the Lito Valmoria made a mark),” he explained.

Having worked in “FPJ’s Ang Probinsiyano” long enough, Gutierrez was asked what he learned from the series which he was able to adopt to his new show.

“Siguro how to adopt sa bilis ng pag-shift kasi alam naman nating lahat na sa “Ang Probinsyano” ay wala namang script doon. (Maybe how to adopt in the fast shifting because we all know that in “Ang Probinsyano” there’s no script.) Mabilisan ang galawan doon (The moves there were all fast),” he said, noting that it’s a good test for actors to be part of something like that because it will tests not only your capabilities as an artist but your patience as well.

In “The Iron Heart”, there is a totally different approach.

“We have a script kami in advance and we have two directors and writers on the set. Talagang magkaiba ang approach niya. (It’s really a different approach). In terms of action naman, I really made sure na iba ‘yung makikita ng audience dito (that the audience will see a different action here),” he said.