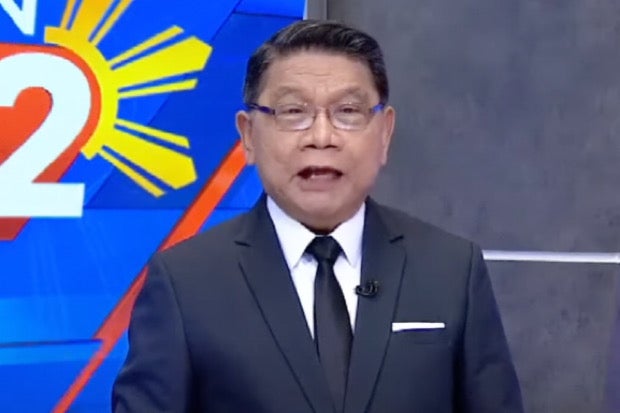 The rumors made rounds on social media on Thursday, Nov. 10, after veteran actress Lollie Mara and singer Richard Merk sent their condolences over Enriquez’s supposed passing in now-deleted Facebook posts. After removing the post, Mara apologized and stated that her basis was a false report from years ago which resurfaced online.

She likewise addressed Enriquez in her post. “Please forgive me, Mike. Sabes que te quiero mucho mi amor (You know that I love you very much).”

In dismissing the reports, Clavio said that he was able to talk to “Ama,” referring to Enriquez, who he said was chirpy and very much alive during their conversation. 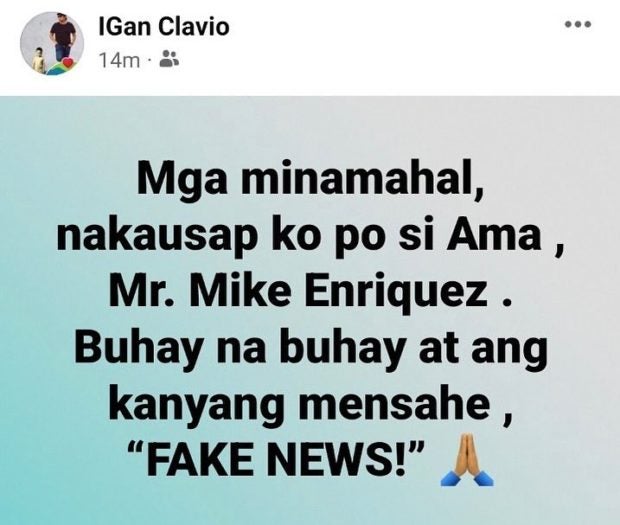 Clavio also assured the public that Enriquez will soon be back on “24 Oras,” in an exclusive statement to Philippine Entertainment Portal.

Enriquez went on a medical leave in December last year to undergo kidney transplant. After the medical procedure, he underwent isolation for three months before returning to his news program in March.

The veteran news anchor, however, was noticeably absent again a few months after his return. EDV