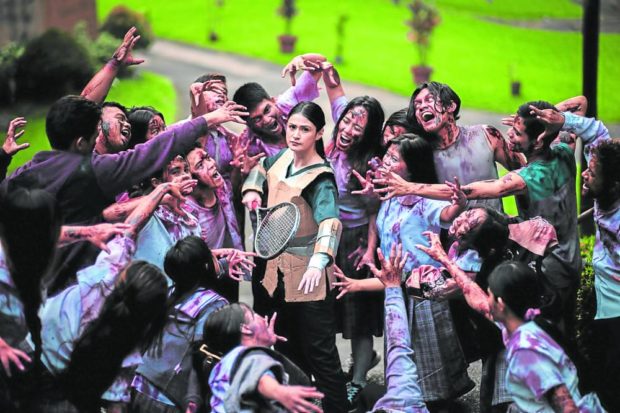 Abellana (center) as Lorraine in “Game Over”

While teleseryes will always be her comfort zone, Carla Abellana enjoys doing shows like “Daig Kayo ng Lola Ko,” which she sees as a breather of sorts from all the heavy dramatic scenes she typically does.

“I’m used to dramas, but it’s great to have opportunities that allow us to play around and explore other genres and roles,” she told the Inquirer in a recent virtual conference for GMA 7’s weekly fantasy-drama anthology. “Maiba naman—a break from what we have been used to.”

In the program’s new installment, “Game Over,” which airs all Sundays of November starting on the 6th, Carla plays Lorraine, a school nurse who mysteriously gets transported inside a mobile video game her sibling plays. In the virtual world, she’s forced to play and win in order to get out.

Also starring Althea Ablan, Cassy Legaspi, Will Ashley, Matt Lozano and Luis Hontiveros, the series delves into the suspense-horror territory and is inspired by zombie apocalypse titles. “People who love gaming will be able to relate. There’s an element to it that involves the viewers, that tries to engage them as if they’re the ones playing the game,” she said.

“The challenge for me is that I have to remind myself that Lorraine knows nothing about that world… I have to make sure that the fear comes out, because she has nowhere to go and hide,” she said, adding that she also felt the need to keep up with her younger coactors. “It’s my first time working with some of them and I really enjoyed it. They’re talented actors. Their energy is infectious—I had to keep up!”

Carla’s relationship with the horror genre is a curious one: She scares easily, she admitted, but she can’t help but get hooked by it. “At times, I can’t even sleep without a lamp turned on, or the television running on mute in the background… But I guess that’s part of the excitement,” the 36-year-old actress said.

Perhaps the paranormal experiences she had when she was young had something to do with that.

“I grew up in my lola’s house, which was very old. And unusual sights, sounds, vibes or smells weren’t unusual,” Carla related. “One time I got awakened at dawn by sounds of crying just by my window. It wasn’t a dog or any other animal. It was a small and high-pitched voice. It was one of the scariest I have experienced.”

“I know there are people who haven’t experienced anything like that, or don’t believe in such things. But we know what we felt and heard,” she added.

While acting and her show biz career is her priority these days, the Kapuso star sees to it that she has time for her advocacies like animal welfare and mental health.

“Work occupies most of my time, but I don’t see my advocacy as work. I don’t see it as a task—it just comes out naturally,” said Carla, who works with various animal rights groups like the Philippine Animal Welfare Society. 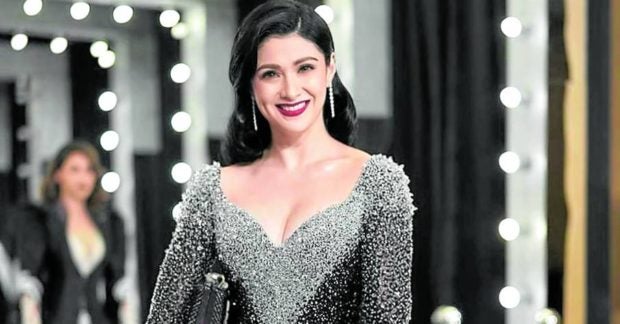 “Besides, you don’t always need to be physically present. Now, with social media, I can do things to help and give assistance to rescuers or have aspins treated even if I’m in a taping,” she related.

As a celebrity, Carla believes that she can use her platform to raise awareness about important issues and draw attention to things she’s passionate about. “There are people who look up to celebrities. Helping isn’t just about giving big donations. We have a voice, a platform. Kahit isang follower lang ang maging aware, that’s already a big thing,” she said.

For Carla, her advocacy work and her other hobbies, like soap-making, are a form of self-care and self love. “You do things that bring you joy. It’s good for our mental health to have outlets that you enjoy,” she said. INQ

Aside from family love, Carla Abellana finds comfort in new hobbies after breakup