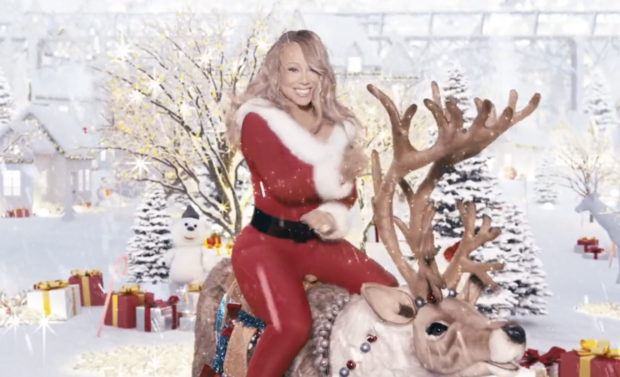 A songwriter who accused Mariah Carey of copyright infringement over her song “All I Want for Christmas Is You” has decided to drop his multimillion-dollar lawsuit against the American singer.

The songwriter, Andy Stone, who performs as Vince Vance with the country-pop band Vince Vance & the Valiants, moved to voluntarily dismiss the case against Carey in a court filing obtained by Billboard yesterday, Nov. 1. This move drops the case for now, but allows Stone to refile in the future.

Last June, Stone filed his lawsuit claiming that Carey’s hit holiday song “All I Want for Christmas Is You” was copied from his earlier song of the same name.

According to Stone, his “All I Want for Christmas Is You” was recorded in 1989 and had received “extensive airplay” before Carey released her song in 1994. He also called Carey’s song “derivative” of his version.

However, experts earlier told Billboard that Stone’s allegations against Carey could face a “difficult road” in court, stating that the two tracks do not share much in common, other than the same title and a single lyric.

“The only similarity he claims is in the title of the song, not the music or lyrics,” Paul Fakler, a veteran music litigator at the law firm Mayer Brown, told Billboard. “Words and short phrases are not protectable under copyright law, and there are dozens of other songs with that same title.”

Prior to dropping the case, Stone’s lawsuit against Carey had little actual litigation during the past four months, and the case was still in the earliest stages. Attorneys for both Carey and Stone did not respond to Billboard’s requests for comment.

Meanwhile, Carey appears to be getting into the Christmas spirit as she recently released a teaser showing herself in a Santa-inspired outfit while “All I Want for Christmas Is You” plays in the background.  /ra