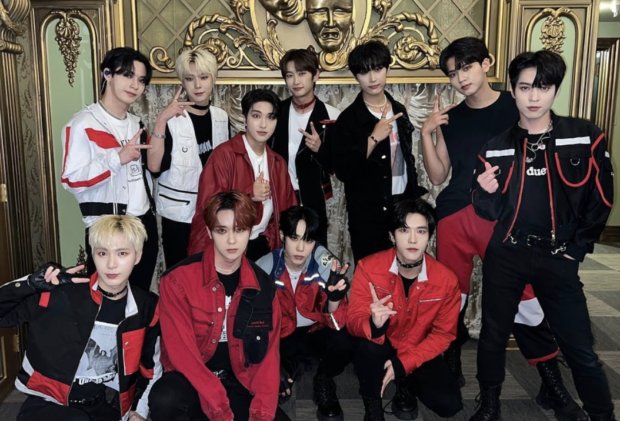 SPIRE Entertainment, the talent agency of K-pop group OMEGA X, released an official statement following the alleged physical and verbal abuse by the agency’s CEO towards the group’s members.

The allegations made rounds on social media after a fan claimed to have witnessed the CEO hitting some of the members during the group’s recent concert in Los Angeles. An audio recording of the incident was uploaded by the fan on Twitter last Sunday, Oct. 23.

An earlier tweet from another user then resurfaced about an alleged incident in Chile where the Korean idols were yelled at by a staff member while in public place.

SPIRE confirmed that the incident in L.A. happened as it issued an apology for the “unpleasant news,” as per a statement obtained by Soompi yesterday, Oct. 24.

“First, we bow our heads in deep apology for having caused concern through this unpleasant news,” it said. “At the time, having completed the tour, the OMEGA X members and the agency were talking about how hard they had respectively worked up until then, in order to make plans for the future.”

“In the process, they wound up airing their grievances against one another, and as they became worked up due to their emotions, they began raising their voices,” it added.

SPIRE then assured fans that the group members and the agency have “resolved all their misunderstandings,” and that they will “move forward while being considerate of each other.”

“Everyone worked hard together with the same goal in order to keep our promise to our fans, and we bow our heads in apology for ending [OMEGA X tour] on a bad note,” the statement read. “Just as their group’s name bears the meaning ‘From the first time we meet our fans to the final moment in which we achieve our dreams, we will realize a wide array of values,’ our agency will protect the values created by OMEGA X and their fans up until the very end.”

Plane tickets for boy band Omega’s return home were canceled right before they were due to fly out Sunday, according to a local media report Monday.

The bandmates were planning to fly back to Seoul from Los Angeles after its U.S. tour. But the tickets were canceled shortly after rumors of verbal and physical abuse by the agency head towards the group members spread online. Staff members who accompanied them for the tour took the plane as planned.

The agency denied that the cancellation was abrupt, saying that there have been talks for several days whether to postpone the return home so that the members would not take the same plane as their fans.

However, OMEGA X members reportedly bought tickets using their own money and they were able to board a flight returning to Korea on Oct. 24, as per Korean news agency SBS News.