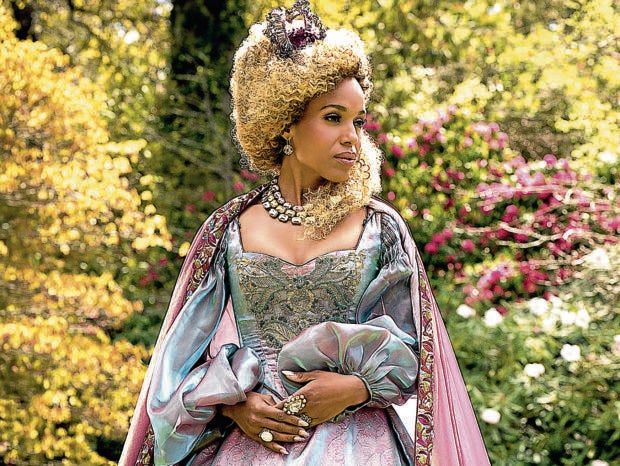 Charlize Theron and Kerry Washington are perfectly cast in Paul Feig’s “The School for Good and Evil.” In the fantasy film based on Soman Chainani’s best-selling series, which began streaming on Netflix last Wednesday, the lovely actresses portray the unlikely mentors of best friends, golden-haired seamstress Sophie (Sophia Anne Caruso) and grim-looking Agatha (Sofia Wylie), after the young village misfits are snatched by a humongous bird and whisked off to the School for Good and Evil.

But the situation doesn’t play out as Sophie and Agatha thought it would: Sophie is dropped into the School for Evil, run by the glamorous, gorgeous and famously scary Lady Lesso (Charlize), while Agatha finds herself on the campus of the School for Good, overseen by the kind and perpetually cheerful Professor Dovey (Kerry), who’s “all warm cuddles and smiles.”

It doesn’t take long before the shell-shocked teenagers begin mingling with the offspring of the formidable likes of the Wicked Witch (Freya Parks), Captain Hook (Earl Cave) and King Arthur (Jamie Flatters).

But hope springs eternal for Agatha and Sophie, who pin their wishes on what the School Master (Laurence Fishburne) says would be their only chance at rectifying the “error”: Only true love’s kiss can change the rules and send the girls to their rightful schools and destiny.

When a dark and dangerous figure (Kit Young) with mysterious ties to Sophie emerges and threatens to destroy the school and the world beyond entirely, the only way to a happily-ever-after ending is to survive their real-life fairy tale first. That’s easier said than done, however. 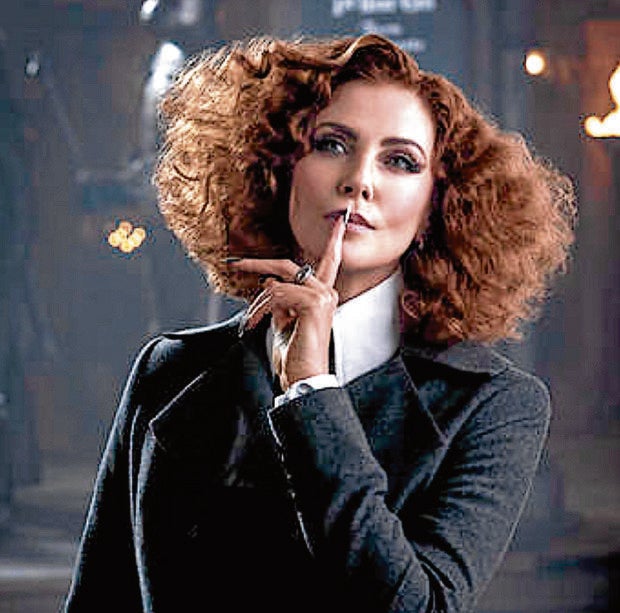 Will Agatha and Sophie still get their shot at riding happily into the sunset with their respective princes?

Aside from Charlize, Kerry, Laurence, Sophia and Sofia, the production’s impeccable cast includes Michelle Yeoh, Patti LuPone, Rachel Bloom and Cate Blanchett as the voice of The Storian.

We spoke to Charlize and Kerry in a very quick chat about the film last Tuesday and asked them if they watched or read a lot of fairy tales growing up.“I did not,” Charlize admitted to us. “I’m from South Africa. I was raised in a lot of mythology and African folklore. Do yourself a favor [and check it out]. Nelson Mandela wrote these incredible books… like, stories that kids are raised on in Africa. They’re such a wild ride, like there’s nothing that quite grows roots like this type of mythology.

“So, I really can’t do fairy tales with my own kids. As an adult, I started reading fairy tales, many of them new ones, but I was kind of experiencing them like a young child hearing them for the first time … and I found some of them somewhat problematic.”

As for Kerry, she said she’s had her share of fairy tales as a kid. “Yeah, I grew up with a lot of fairy tales,” she disclosed. “But [I was partial to] the original Hans Christian Andersen and Brothers Grimm versions, which are much darker.” 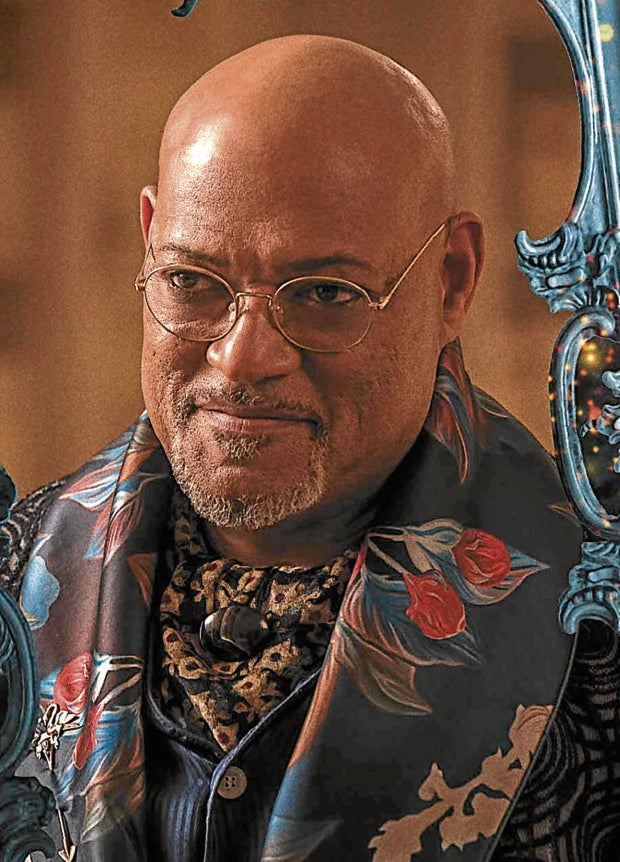 “I really loved fairy tales growing up, but I’m so much more drawn to modern heroes and heroines. When you look back and think about it, it makes you wonder what was so cool about a girl being trapped in a tower… or about a girl giving up her voice to sing … or someone laying in a glass case, waiting for a prince to kiss her and wake her up.

“Those stories don’t compare to the Moanas and the Rayas and our girls in ‘The School for Good and Evil’… girls who have agency, courage and power. They’re not waiting around for anybody and they’re really living their own stories.”

If they were to give a masterclass on being mentors for good and evil, what would their first lesson be? 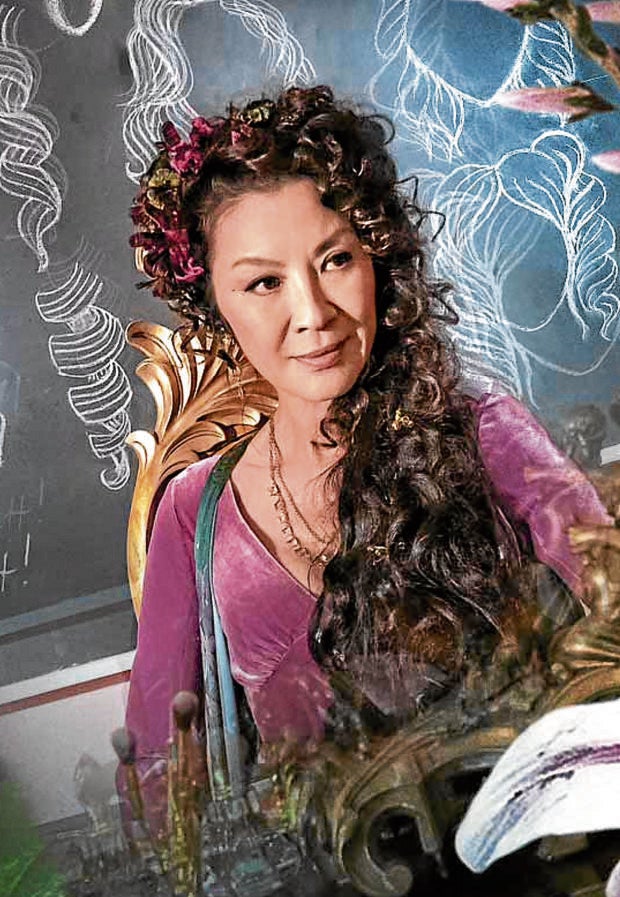 Kerry said, “I mean, if I were plucked out of Earth and dropped into this film and asked to run the School for Good, I would immediately want to open up the curriculum so that we could talk not just about what goodness looks like or how people perform goodness, but what it really means to be good.

“That way, it isn’t just about perfectionism of your appearance, but really about calling yourself to your highest ideals. And I would make sure that there would be lots of electives on evil things so that there would be some balance at the school.”

Interjecting, Charlize said, “I feel like anything I say now is just going to sound not as good as Kerry’s answer (laughs).”

Kerry added, “No… Charlize and I would join forces. Because this place isn’t all-good or all-evil. So, if you want to come to this school, you have to study both!” 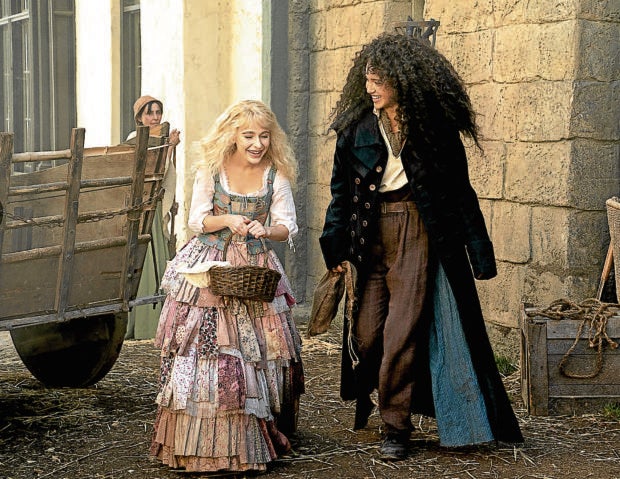