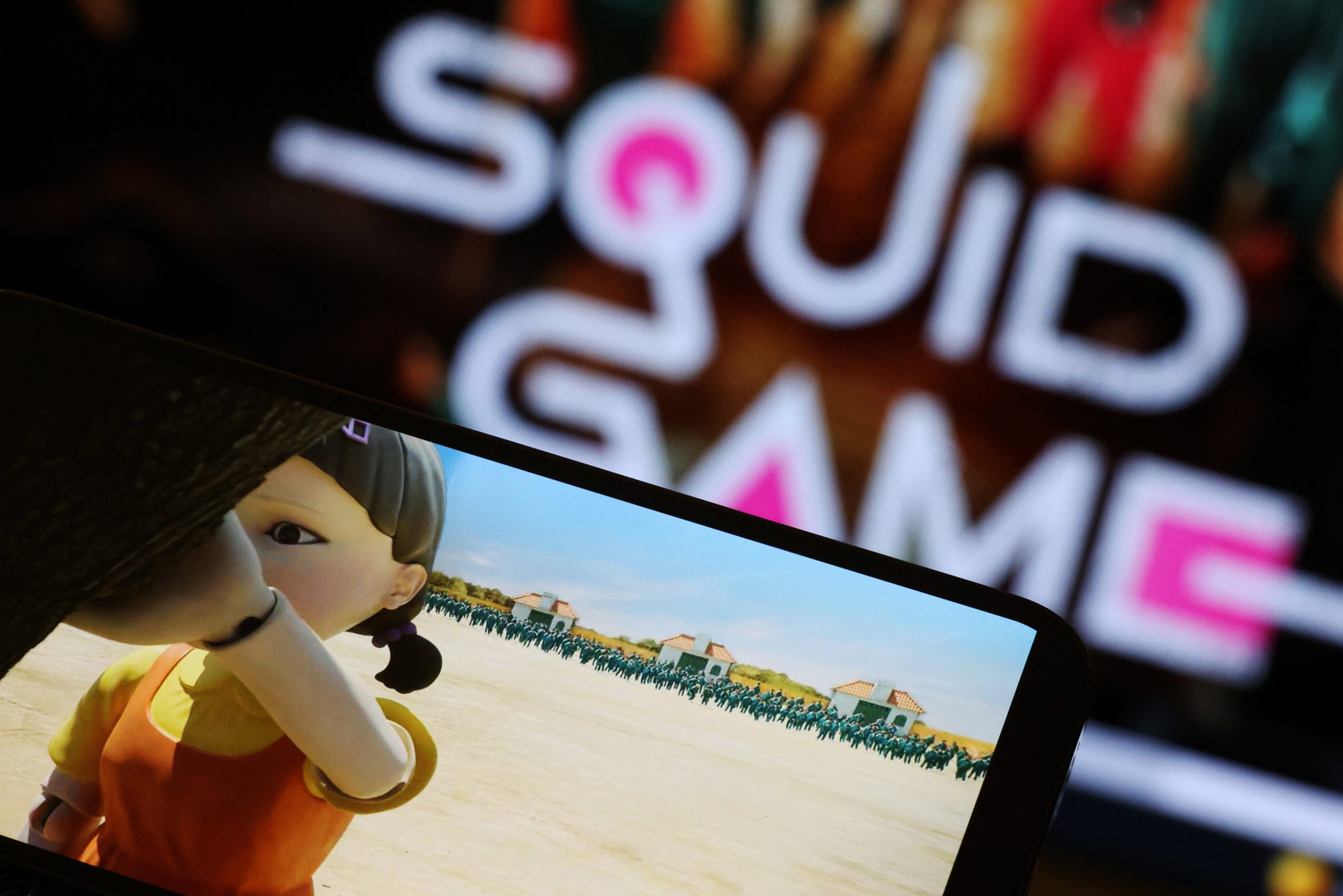 The Netflix series “Squid Game” is played on a mobile phone in this picture illustration taken September 30, 2021. (REUTERS/Kim Hong-Ji/Illustration)

LOS ANGELES  – Streaming giant Netflix has opened a Los Angeles store that it hopes will combine retail therapy with an “immersive” experience for fans of its popular “Stranger Things,” “Bridgerton,” and “Squid Game” shows.

The store – open until early January – offers shoppers the chance to take photos alongside the iconic Young-hee animatronic doll with laser eyes from “Squid Game” and Queen Charlotte’s throne from period drama “Bridgerton.”

Costumes and props from the shows are also on display, including a guitar used by one of the main characters in “Stranger Things.”