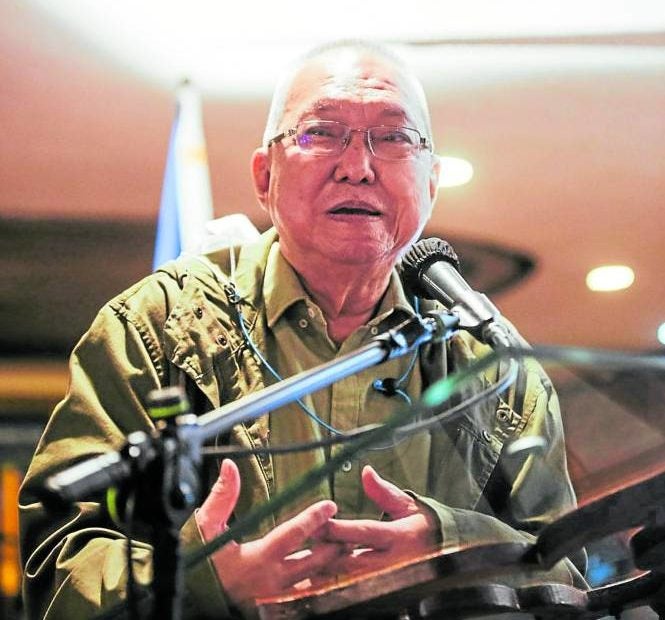 While he’s thankful for being named National Artist for Film, screenwriter Ricardo “Ricky” Lee admitted that he’s still getting used to the attention that comes with it.

These days, he feels more like a “title” than a “person.”

“I have been receiving lots of invitations to be a juror, a commencement speaker, this and that. And whenever I go out, I get shy about all the attention,” he said at a recent press conference for the Viva Films romantic drama “May-December-January,” which opens in cinemas on Oct. 12.

But that doesn’t take away the happiness he feels about being bestowed such an honor. Because it’s not only his; he dedicates it to all his fellow writers in the industry who remain largely invisible. “I’m very happy because it (award) also focused the attention on the writers—not just me,” he pointed out.

“So while I feel uncomfortable about the attention. I keep reminding myself that it’s not just about me but writers in general. And I should be happy for them, for all of us,” said the acclaimed director, who collaborated with director Mac Alejandre and lead actress Andrea del Rosario for the aforementioned movie.

Asked if the National Artist award has, in any way, impacted the way he crafts stories and screenplays, Lee said that his core as an artist is unchanged. “The things happening around me won’t change what’s inside me. In whatever I write, it’s me who comes out,” he said.

“Sometimes, people tease me when my name flashes on a trailer and it says National Artist. But I don’t think it will change how I make films. I will just keep growing as a filmmaker,” Lee added.

Ricky Lee: Portrait of a screenwriter as national artist