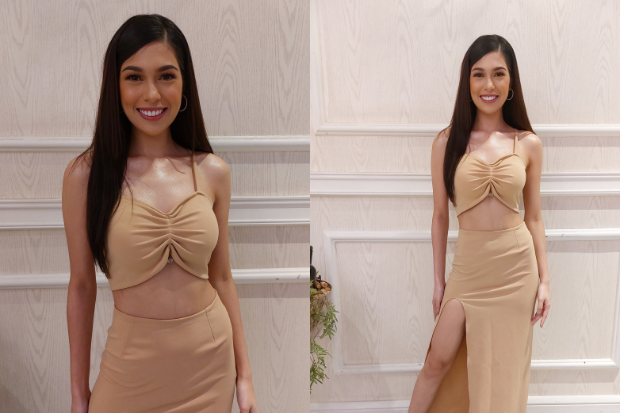 MANILA, Philippines—When a beauty queen makes a homecoming to her hometown, it usually happens shortly after her coronation. But Binibining Pilipinas Globe Chelsea Fernandez had the chance to be welcomed back to Tacloban City a few days before her scheduled departure for her international competition.

After receiving her title at the 2022 Bb. Pilipinas pageant’s grand coronation night on July 31, the seasoned national beauty queen’s homecoming  was set on the third week of September, just about a week before her flight to Albania for the 2022 Miss Globe pageant. For her, the timing could never be more perfect.

“Perhaps the feeling would be different if it was held earlier. I think BPCI (Bb. Pilipinas Charities Inc.) scheduled it at just the perfect time. Because I saw the smiles of the Taclobanons. Even people from faraway places in Leyte came to see me,” Fernandez told the Inquirer at her “despedida” party at Niu by Vikings at the Podium in Mandaluyong City on Sept. 28.

Fitness and events company ProMedia, which supported her Bb. Pilipinas campaign, as well as her quest for the Miss Globe crown, threw the party for her, which was attended by a select group of media scribes, pageant bloggers and some of the people closest to her, including mentor Rodgil Flores of the famed “Kagandahang Flores” beauty camp.

“I have been representing Tacloban for so many years, and this is the first time that I got to have a homecoming,” said Fernandez, who had also been crowned 2018 Reyna ng Aliwan, 2019 Miss Philippines Water, 2020 Miss GCQ (Gandang Contesera Quest) and 2020 Miss Bikini Philippines.

She said her three-day homecoming was truly memorable because she was greeted with a program feting her upon her arrival. “I also asked to visit facilities and advocacy projects under the city government, and they granted my request,” Fernandez shared.

The queen paid a visit to the women and children’s shelter in Tacloban City, and met up with the young athletes representing the city in national competitions. She also had a meet and greet, and went to various landmarks such as the Santo Niño shrine, the San Juanico Bridge and the Yolanda marker.

Fernandez confessed to being nervous for her first solo trip abroad and her first time carrying the “Philippines” sash on the international arena. “I’m both excited and nervous. But I’m grateful to be given the opportunity to wave the Philippine flag in Albania. It excites me, and I know I will give my best in the competition,” she shared.

She will aim to give the country back-to-back victories in the Miss Globe pageant and inherit the crown from current queen Maureen Montagne, her Bb. Pilipinas predecessor.

The 2022 Miss Globe coronation night will be staged at the National Opera and Ballet Theater in Tirana, Albania, on Oct. 15 (Oct. 16 in Manila).  /ra