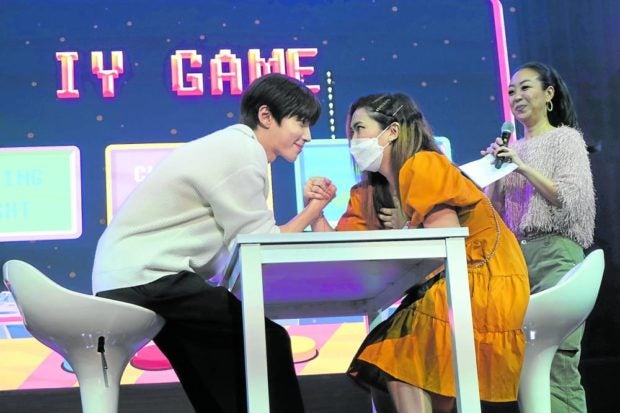 Hwang In-youp (left) in an arm wrestling match with a fan. —PHOTOS COURTESY OF JUDE NG

Despite the news of an impending typhoon last Sept. 24, the K-drama fan in me simply could not resist attending “2022 Hwang In-youp 1st Fan Meeting” in Manila—the last stop of the Korean star’s first official fan meeting across Asia made possible by Ovation Productions.

Gusts of cold wind and rain showers met me as I walked towards the entrance of the New Frontier Theater in Cubao, Quezon City. But as soon as I got inside the theater, I immediately felt the warmth from In-youp’s supporters, all excited to see their idol.

The 31-year-old model-turned-actor welcomed his fans whom he calls HIYILY (which means Hwang In-youp’s family, a cross between his name’s abbreviation—HIY, and the last three letters of the word family—ILY) by serenading them with the song, “Starlight,” from the soundtrack of his hit 2020 K-drama series “True Beauty.”

Host Sam Oh then joined him onstage for the segment Hwang Quiz, a fun game to test his knowledge of the Philippines, where five lucky fans will get to receive a signed polaroid of him if he answered the questions correctly.

During the segment, In-youp couldn’t help but reminisce his fond memories while studying in the country and the friends he has made here, some of whom would often tell him, “When you go back to Korea, you might want to be an actor.”

In-youp also made sure that during this trip, he’d be able to experience and do the little things he had done 10 years ago—visit a mall unnoticed and eat his favorite halo-halo from one of the fast food chains in the country.

The love for the Philippine culture and life is what made me appreciate him even more—that no matter how famous he gets, he still is the same person years ago, wanting to enjoy the simple things in life. 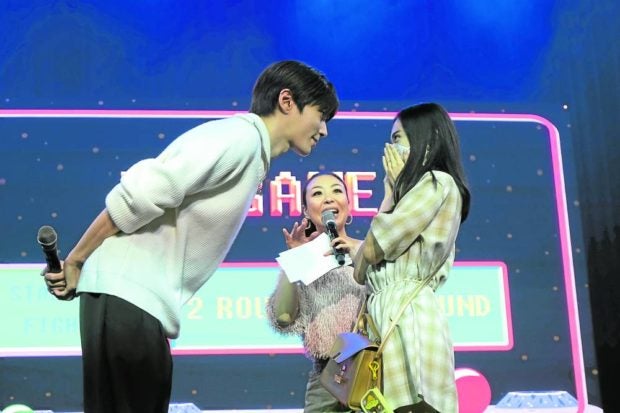 In-youp (left) with a lucky fan

When asked when he would visit Davao again, he shared that his “schedule can be a little tight.” However, he also added, “I will make a secret trip to Davao before the year ends.”

After the first segment, In-youp went backstage and HIYILYs were given a preview of his vlog where he drove outside Seoul and visited a restaurant.

The lights then went off and a few moments later, In-youp emerged from the door at the right side of the stage. He walked around the audience area, giving fans a chance to see the star up close and examine his animé-like features: fair white skin, sharp nose and piercing eyes.

To show his appreciation to his fans, In-youp also patiently accommodated requests for “hi-touch” and “finger hearts,” knowing that every sweet gesture he made would warm the hearts of his HIYLIYs.

The fan meet also included segments like “In-youp Q&A,” where he answered the questions collected from the fans, and “In-youp Filmogram,” where he shared fun trivia and recalled memorable moments from the roles he had portrayed throughout his acting career.

One particular moment that stood out from all the shows he has done is the “Okey Dokey” scene from the series “True Beauty,” where he danced in front of lead actress Moon Ga-young, wearing nothing but a long bathrobe and leopard-print boxer shorts.

And what made the fans’ night even more fun was when he gave in to fervent fans’ requests to perform the “Okey Dokey” dance live—eliciting loud cheers and shrieks from the audience. 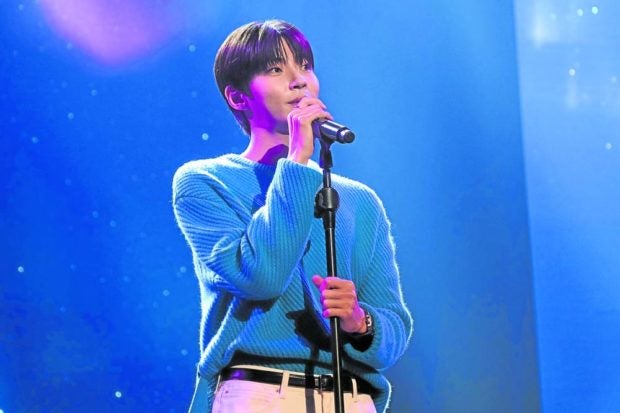 Fans were also able to play and challenge In-youp to various games, like a staring contest, clapping game and even arm wrestling, which gave lucky fans a chance to win a special gift and a photo with the star. In-youp also gifted a random audience member with a traditional fan which he personally designed.

And, for posterity’s sake, in the latter part of the segment, Sam Oh asked In-youp to take a group photo with all of his fans. But to In-youp’s surprise, a heartwarming video prepared by HIYILYs was played on the screen.

And as the fan meeting wrapped up, In-youp performed “I Mean It,” a song from his Netflix drama series “The Sound of Magic.”

He also thanked his fans for joining him on the last leg of his Asian tour. “Thank you for coming today. I’ll be back here,” he promised. He then revealed that there’s “a secret project that I can’t talk about yet. I will leave it at that, but there’s something in the works.”

In-youp left us brimming with excitement for what’s in store for him in the coming months. Here’s to hoping that after this visit, he does come back and revisit his life in Davao, as if nothing has changed. INQ