Star Wars: How Darth Vader could now be voiced by AI | Inquirer Entertainment

Star Wars: How Darth Vader could now be voiced by AI 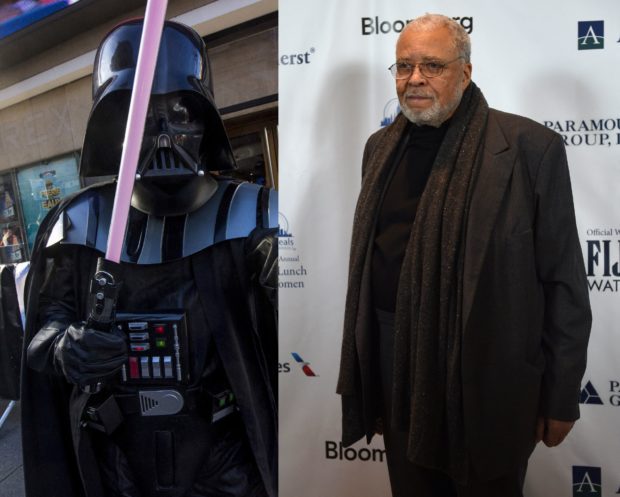 James Earl Jones has lent his voice to the character of Darth Vader since 1977. Image: AFP/Don Emmert via ETX Daily Up

His voice is one of the most famous in the movie world. And yet, the character of Darth Vader now looks set to be dubbed by artificial intelligence.

James Earl Jones is a movie icon. If his name doesn’t ring a bell, his voice is unmistakable. The 91-year-old has lent his voice to one of the most cult characters in cinema for 45 years: Darth Vader. But this deep, breathy voice now looks set to be provided by artificial intelligence, reports Vanity Fair.

The American actor has signed over the rights to his voicing of the character Darth Vader to Lucasfilm, which owns the “Star Wars” franchise, in order to develop a computer generated voice. Behind this project is a Ukrainian start-up called Respeecher, which drew on the audio archives of James Earl Jones’ work to build the AI voice. This artificial voice can already be heard in the series “Obi-Wan Kenobi” on Disney +.

The Star Wars franchise previously called on technology to recreate Princess Leia in CGI after the death of Carrie Fisher, for “Star Wars: Episode IX – The Rise of Skywalker” in 2019.

According to Lucasfilm’s Matthew Wood, the actor known for the vocal role agreed to the project as he too is keen to keep Darth Vader alive. James Earl Jones began voicing the legendary Star Wars antagonist in 1977’s “Star Wars: Episode IV – A New Hope.”

Audio has been carving out a growing place in the entertainment world in recent years. With the COVID-19 pandemic and the associated increase in screen time, audio has become an alternative form of entertainment. Indeed, computer generated voices have already found their audience on social media, and could now be branching out into the movie business, it seems. JB