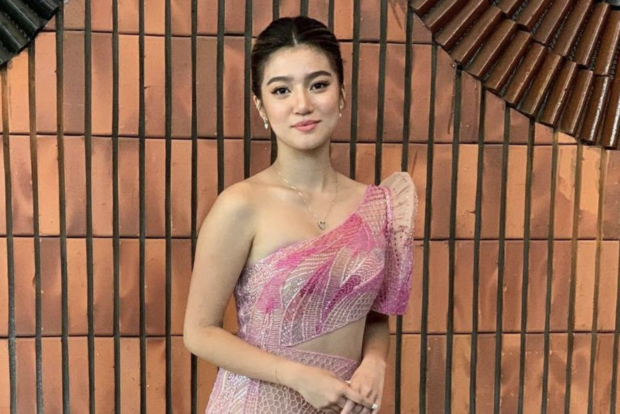 Belle Mariano looked stunning when she arrived at the Seoul International Drama Awards 2022, where she received the Outstanding Asian Star award.

The actress donned a pink modern Filipiniana gown paired with platform heels as she walked down the red carpet for the awards show, as seen in a series of posts on talent agency Star Magic’s Instagram page today, Sept. 22. Rise Artists Studio head Mico Del Rosario walked with Mariano on the red carpet when she arrived for the event.

Mariano was announced as Outstanding Asian Star in the Seoul International Drama Awards earlier this month. She won for her performance in “He’s into Her,” the romance series in which she starred with her love-team partner Donny Pangilinan.