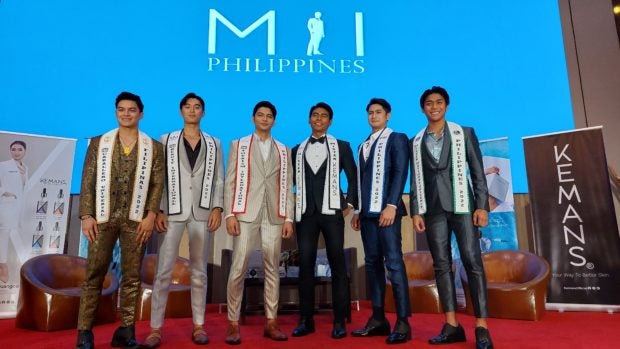 MANILA, Philippines — It is not even the last quarter of 2022, but the Mister International Philippines (MIPH) pageant has already released its calendar for the competition season next year.

Lawyer Manuel Deldio, MIPH president, revealed in a message group with pageant media scribes the national pageant’s schedule in 2023, from screening to the final competition day.

The final screening and press presentation is scheduled on Independence Day, June 12. Deldio said this is in line with MIPH’s “pivot to nation building.” In this year’s edition, the male pageant’s thrust was health and wellness.

Deldio said the decision to focus on nation building is MIPH’s initiative. He explained, “Each franchise holder is given the leeway to chart our own course.”

After the selection of delegates, the organization will hold the MIPH Academy from June 14 to 23. And on June 24, the aspirants will be judged in the preliminary competition.

The 2023 Mister International Philippines coronation night will be held on June 28. Deldio clarified, though, that all dates included in the 2023 calendar are still “tentative.” He also reiterated the “one-year bar rule” imposed by MIPH for interested applicants.

“A candidate who has just competed in the finals night of a national competition within one year before his application (to MIPH) shall not be allowed to join,” Deldio explained.

Screenings for the 2023 pageant have already been conducted in Mindanao.

Reigning king Myron Jude Ordillano will represent the country in the 14th edition of the Bangkok-based Mister International pageant, which will be staged in the Philippines next month. His runners-up and one finalist have likewise received their respective international pageant assignments. JB