Adam Levine takes full responsibility for 'crossing the line' but clarifies: 'I didn't have an affair' | Inquirer Entertainment

Adam Levine takes full responsibility for ‘crossing the line’ but clarifies: ‘I didn’t have an affair’ 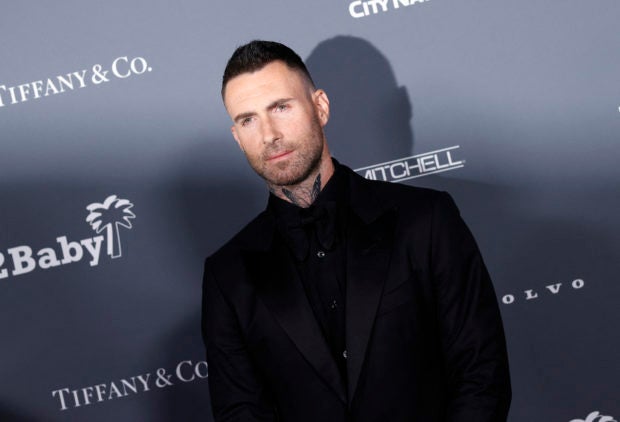 Adam Levine has spoken up about the cheating allegations against him by online influencer Sumner Stroh, admitting he had been “flirtatious” with her but stressed that they did not have an affair.

The Maroon 5 frontman addressed the issue to “clear the air,” through a statement on his Instagram Stories yesterday, Sept. 20.

“I used poor judgment in speaking with anyone other than my wife in ANY kind of flirtatious manner,” he said. “I did not have an affair, nevertheless, I crossed the line during a regrettable period in my life. In certain instances it became inappropriate; I have addressed that and taken proactive steps to remedy this with my family.”

Levine expressed regret over committing the “greatest mistake [he] could ever make.” He also stressed how he values his family and his wife, Victoria’s Secret model Behati Prinsloo, who is currently pregnant with their third child. 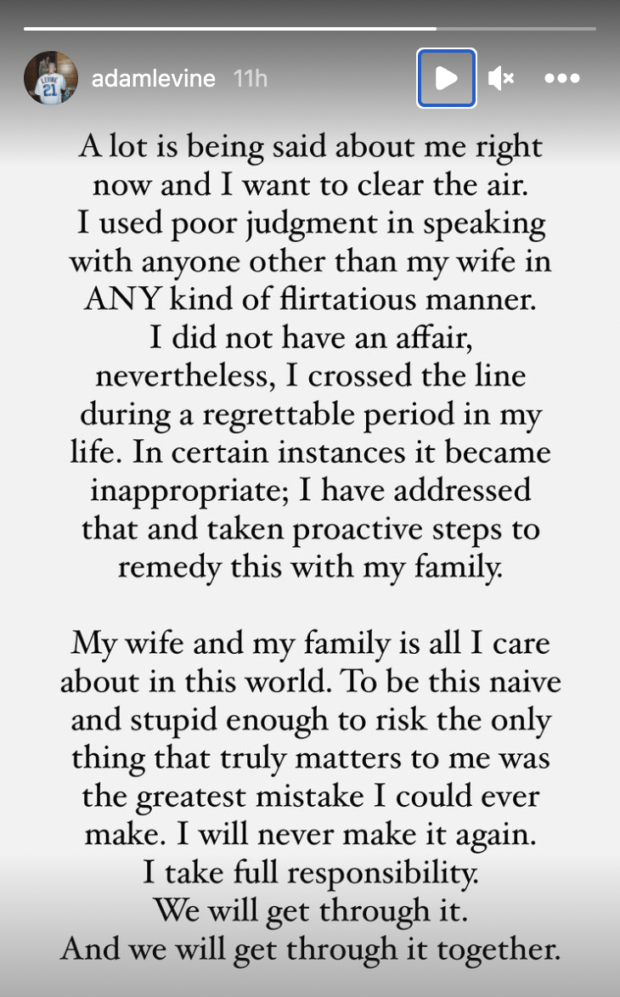 Stroh earlier showed screenshots of her conversations with Levine and claimed that they had an affair for “about a year.” Stroh also stated that she stopped talking to him for months but Levine “came back to [her] life” and asked if he could name his third child after her.

Levine and Prinsloo have been married since 2014. Meanwhile, Prinsloo’s pregnancy was revealed to the public earlier this month. JB

Adam Levine allegedly had affair with model, tried to name baby after her