Adam Levine allegedly had affair with model, tried to name baby after her | Inquirer Entertainment

Adam Levine allegedly had affair with model, tried to name baby after her 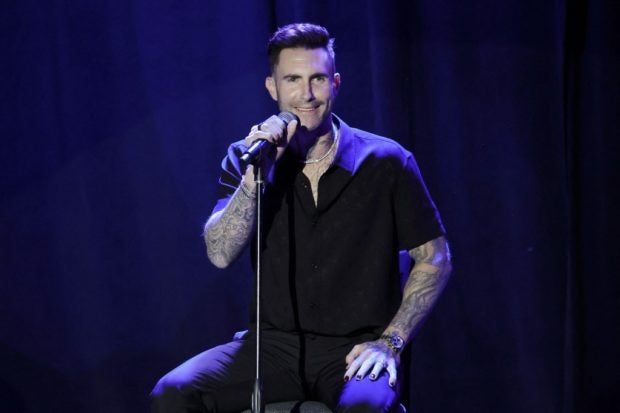 Adam Levine of the pop band Maroon 5 has been accused of having an affair with an online influencer as the supposed mistress claimed the singer plans to name his unborn baby after her.

The Instagram model, Sumner Stroh, revealed her past affair with Levine in her TikTok post yesterday, Sept. 20.

“I’m just going to rip the Band-Aid off… Essentially, I was having an affair with a man who is married to a Victoria’s Secret model,” she admitted. “At the time, I was young, I was naive.”

She showed screenshots of text conversations she had with Levine, adding that they were “seeing each other about a year.” Stroh noted that she stopped talking to Levine for months, until he “came back to [her] life” with an Instagram direct message.

“Ok serious question. I’m having another baby and if it’s [a] boy I really wanna name it Sumner. You OK with that? DEAD serious,” Levine asked her at the time.

“I’m in hell. I have to be in hell at this point. My morals were unknowingly compromised,” Stroh said on the matter.

Stroh then stated that she decided to come forward because she “recklessly” sent screenshots to friends and one of them attempted to sell the photos to a tabloid.

embarrassed I was involved w a man with this utter lack of remorse and respect. #greenscreen

When netizens pointed out that Levine is still married to Victoria’s Secret model Behati Prinsloo, Stroh asserted that she was “naive” and “under the impression that their marriage is over.” However, she noted that she broke up with Levine upon finding out he was actually cheating on Prinsloo, as seen in her TikTok video today, Sept. 20.

Stroh also confessed she felt “embarassed” and “disgusted” with herself because of the affair.

Levine and Prinsloo have been married since 2014. They have two children together, and Prinsloo is currently pregnant with their third child.

Meanwhile, Maroon 5 is set to return to Manila for a concert in December, as part of the Asian leg of its tour.  /ra