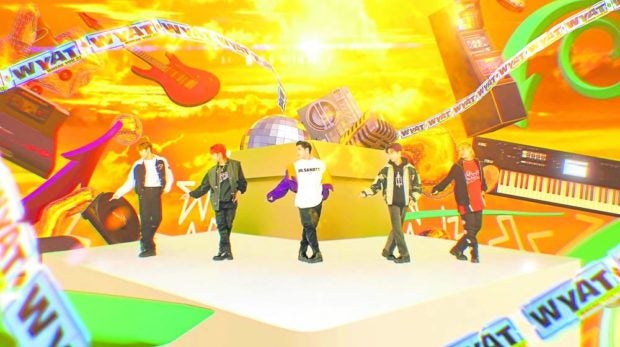 While the boys of SB19 couldn’t be more excited about their first overseas concert tour, they admitted that the idea of performing away from home and in front of different audiences is also quite nerve-wracking.

“We’re very nervous especially since we will be performing also for international fans. Of course, they have different standards. We have performed several times here in the Philippines. We still get nervous, but the confidence is there. But if you go international—no matter how much you prepare—you have no idea how the people will receive us,” sub-vocalist and creative director Justin said at a recent press conference for SB19’s “Where You At (WYAT)” tour.

The series of shows, which was mounted in support of the pop boy group’s latest single of the same title, kicked off on Sept. 17 in Manila. It will then go to Cebu, Pampanga and Davao before making stops in Dubai, New York City, Los Angeles and Singapore.

“Honestly, I’m really nervous about the tour. But when you get nervous, that only means you really love what you do because you want to do better,” said leader and songwriter Pablo. “I also believe that first impressions last. We want to showcase Filipino talent and leave a good impression on foreign audiences that will make them go, ‘Ah, Filipinos are good and talented.’”

Needless to say, preparations were rigorous with dance and voice coaches overseeing the process. “The training we undergo is very physically demanding. We’re thankful to our trainers who are there to help us focus. They’re a big help,” main dancer Ken related, adding that the lessons they took resulted in improved vocal stamina.

“Singing and dancing at the same time is tiring, so building our endurance is a big thing,” he added. “We’re not perfect singers, but now we’re more conscious about our singing. It’s good that there are people guiding us.”

“We’re all working hard. And as we continue with the training process, we get more excited, because we see the improvements in the things we do,” Justin said.

While the P-pop band had already performed “WYAT” during its third anniversary virtual show last year, the song was still in its rudimentary form. So, Pablo, who wrote the song and co-produced it with his brother, reworked the song to make it worthy of being released as a single.

“I found it a little bland. But now that we got to step back and breathe, we realized what was lacking … that there were things that needed to be worked on. I felt that it was lacking in instrumentation … in voicings … so that’s what we worked on. We added more [elements] to it that will really make the people groove,” Pablo related.

“It was rushed the first time we recorded it because it was to be used only as backing in the concert. It wasn’t recorded as an official audio, so we re-recorded it,” added Pablo, who also expressed gratitude to his brother for helping him improve the single. “It’s nice to have someone who will listen to what you’re making and make an informed opinion on how to improve the track.” 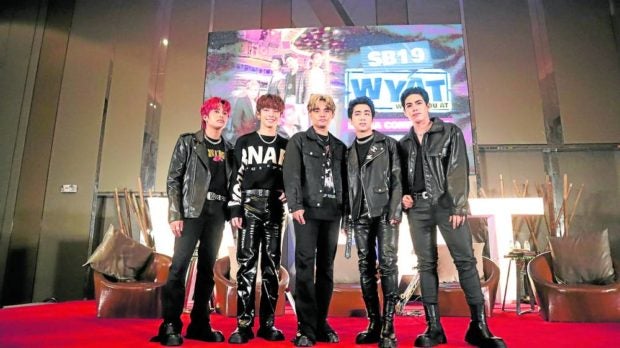 “It has been a year since we performed the song in our third anniversary show. And it has since evolved in terms of choreography, musicality and aesthetic,” main vocalist and lead dancer Stell said.

Their efforts paid off. Since its release last Sept. 2, “WYAT” has amassed more than three million streams on Spotify and YouTube. It also topped the iTunes chart in the Philippines, Singapore, Hong Kong, Qatar and the United Arab Emirates.

“It has been a year since we performed ‘WYAT’ in our third anniversary concert. And from there, it has evolved to what it is today in terms of choreography, musicality and aesthetic,” Stell said.

“WYAT” is a retro-inspired disco-pop track about “disconnection” and “reconnection” amid the pandemic—a fitting song to signal SB19’s return to the live stage.

“The world stopped and we lost that physical connection. And we missed that. Everything had to be done online … we got used to things happening online,” lead rapper Josh said. “Now, we’re trying to reconnect again. This song reminds us that nothing still beats physical connection.”

Because the song revolves around “reconnection,” Pablo said they looking forward to finally singing it in front of a live crowd, especially the band fanbase, the A’Tin.

“It’s about hoping to go back to the time when we could see each other in person with no problems, when a person coughing beside us didn’t make us nervous, when we could freely watch movies in cinemas with friends,” Pablo said. “Those small things that we don’t always get to cherish are what matters.”

“But things are gradually improving. We’re happy because reconnection is happening again little by little among people,” he added. “It’s nice to see smiles and hear laughter. Even if there’s technology that allows us to video chat and message each other, nothing beats laughing with friends and putting our arms around each other’s shoulders.” INQ