Vicki Belo ‘flattered’ over being impersonated in ‘Drag Race Philippines’ 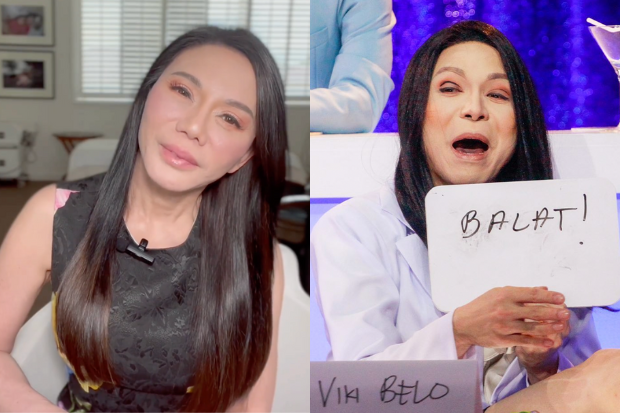 Xilhouete dressed up as Belo with a frozen expression on her face because of “all the medications” during the episode of “Drag Race Philippines” last Wednesday, Sept. 14. Drag queen Eva Le Queen described the look as channeling “the essence of Vicki Belo in the rotten corpse of Michael Jackson.”

The celebrity doctor took the impersonation all in good fun and praised Xilhouete for doing well in the episode, via her Instagram page yesterday, Sept. 16.

“Okay guys, that was really funny. I don’t know whether to be angry or flattered. But I’ll choose flattered because I know you have to be famous to be impersonated,” she said.

“Congratulations Xilhouete for winning and for impersonating me very well. By the way guys, I can move, ha,” Belo added, laughing and scrunching up her face.

The “Snatch Game” in “Drag Race Philippines” is a main challenge where contestants showcase their skills in celebrity impersonations through a game show setting. It was first featured in the second season of the original “RuPaul’s Drag Race” and has since been a fan favorite.