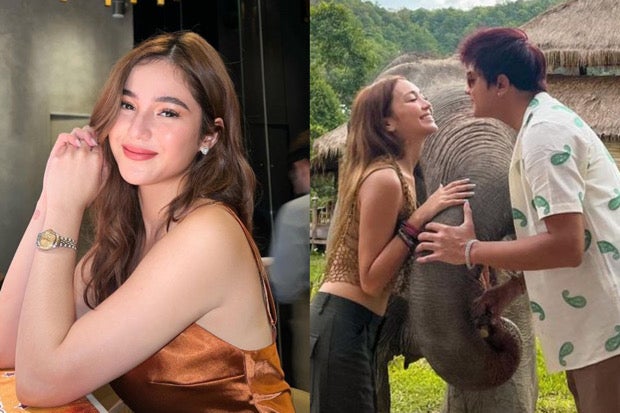 Barbie Imperial addressed for the first time the rumors linking her to fellow actor Daniel Padilla, which came out earlier this year after the actress was spotted at the house of the actor’s mom, Karla Estrada.

Imperial set the record straight and answered the “controversial rumors” about her, including her supposed relationship with Padilla, through a vlog on her Youtube channel yesterday, Sept. 11.

(I think this marks the first time I will be answering these rumors because I really kept silent about it. When the rumors came out, of course I felt embarrassed first towards Kathryn and what she might think.)

The said speculations came about last January when internet personality Xian Gaza showed Imperial at what is apparently Estrada’s house. Imperial then clarified that Estrada and Estrada’s daughter Magui are both her friends, and that they were the ones Imperial visited at the time and not Padilla.

(When I went [to their house], Diego and I just broke up at the time. I went to tita Karla because mom was not here. I do not want to go clubbing and drinking whenever I am emotional from a breakup. I prefer looking for some motherly advice that is fair; [I reached out] to tita Karla since she also treats Diego as her own son.)

Imperial also dismissed rumors that she was comforted by Padilla after her split with Loyzaga, adding that it was the first time she heard about such rumors.

While Imperial kept mum on the rumors at the time, Padilla told fans to ignore the issue and described it as “nonsense.” Bernardo, for her part, just poked fun at it and asserted that she is “Alagang Ford,” as Ford is part of Padilla’s real name. JB