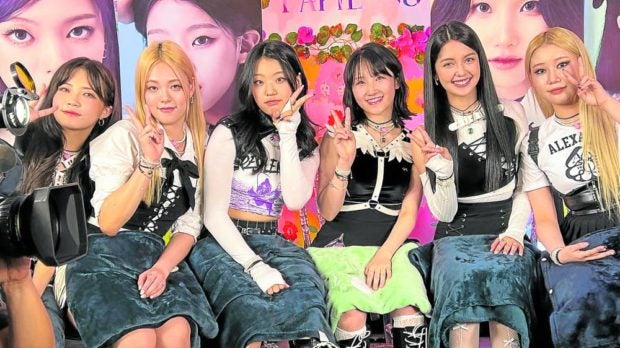 Lapillus at the press conference

Noticing that many of its early supporters are Filipinos, the South Korean girl band Lapillus chose the Philippines as the first stop of its international promotional tour. And its Filipino member, Chanty, couldn’t be more excited to be back.

“I’m so happy and humbled and grateful and blessed—I have so many words to describe how I feel right now,” Chanty said at a press conference for Lapillus, whose two-week itinerary in Manila includes photo shoots, guest appearances on radio and television, live performances, as well as charity work.

“I’m just happy to promote ‘Hit Ya!’ and our group here in the Philippines, my home country. It’s an honor. I also feel so grateful because Filipinos are very warm, accepting and supportive of our group,” said Chanty, a former Star Magic artist who went by the name Chantal Videla.

It’s Chanty’s first time in the Philippines after starting her training in Korea eight months ago. “I’m thrilled to be back. This time, I have more to give to my supporters… Hopefully, I can inspire some of them to continue changing their dreams like what I did,” she said.

The girls’ Manila tour will culminate in a two-day fanmeet on Sept. 10 at Market! Market! and on Sept. 11 at the Ayala Fairview Terraces. “The reason we chose the Philippines was that we noticed we have a lot of Filipino fans. Chanty has also told us stories about the Philippines. She said it’s a warm, energetic country where we will receive a lot of love. It’s a great place,” Shana said. 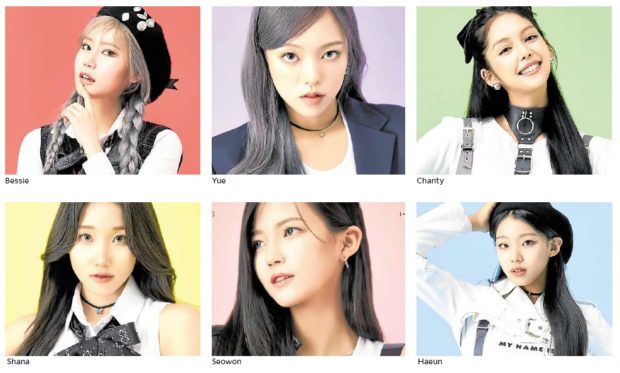 “We’re really excited to be in the Philippines and it’s a big pleasure to promote our activities … It’s a dream come true,” Bessie said.

The rookie K-pop group debuted last June with the digital single “Hit Ya!” which they performed live at the Mnet music program “M Countdown.” The song currently has more than 13 million streams on YouTube and Spotify. To sustain the momentum, the girls will release a mini album titled, “Gratata,” on Sept 22.

“We woke up really, really early to get ready [for the music video shoot]… Our call time was 7 a.m., but we had to be up at 2 a.m. It took another hour or two to reach the location. Making the music video was hard work, but it was an interesting, fun experience,” Chanty recalled.

The challenge, Yue added, is performing with a green screen. “It was our first time … we all had to imagine what the [scene] would look like. But it was fun… and [an] experience we won’t forget.”

Bessie, meanwhile, hopes the fans felt the group’s energy through their performance. “We want them to have fun with the songs … It’s not just about us, but the audience, too,” she said.

While the members strive to move and sound as one, it’s their individual traits and qualities that make the group interesting. “All of us are different in a way … We have different ways of expressing ourselves while performing, which makes it interesting to see and listen to,” Chanty said.

“Sometimes, our ideas don’t match, but we try to find solutions to [improve our work],” Shana added. “I really love the girls.” INQ