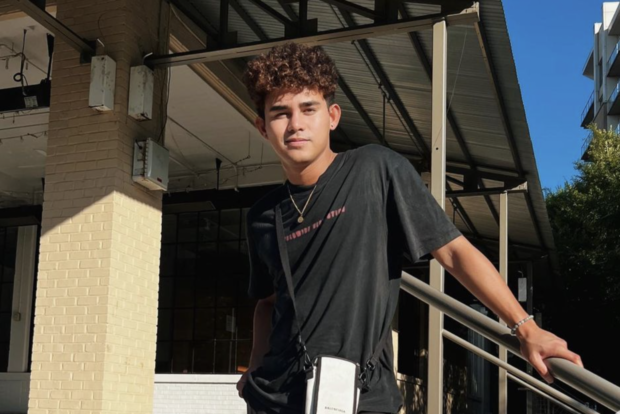 Iñigo Pascual expressed interest in doing more international projects in the future, as he awaits the premiere of “Monarch,” his musical drama series with Academy Award-winning actress Susan Sarandon.

The actor, who plays the 18-year-old Ace Grayson in the Fox Entertainment series, admitted he looks forward to doing more projects abroad during his interview with Star Magic, as seen on its YouTube channel last Tuesday, Sept. 6.

“I feel like the opportunities in America or in any other country, I would love to pursue it. But I would still like to call the Philippines my home base no matter what,” he said.

Pascual then opened up on his experience while working on “Monarch” for the past year, specifically the initial nervousness he felt when he came to film the show.

“Sobra akong kinabahan nu’ng pagpunta ko doon but everyone was so nice, so welcoming…,” he stated in the interview. “Siguro tumulong talaga sa’kin na kumalma lang, to really enjoy it was my mom on the show, si Ana Friel. The first day that I met her, in-immerse niya na ako agad na ‘anak kita.'”

(I was really nervous when I got there, but everyone was so nice, so welcoming… Maybe the person who really helped me calm down and just enjoy it was my mom on the show, Ana Friel. The first day that I met her, she immersed me into [the idea that] “you are my son.”)

Pascual revealed in September last year that he was cast for a lead role in “Monarch.” His character Ace Grayson is a talented and sensitive young man who was adopted by Friel’s Nicky and the grandson of Sarandon’s Dottie.

“Monarch” follows the story of a “country music dynasty” in Texas, the Romans, headed by Dottie (Sarandon) and her husband Albie (Trace Adkins). The series will premiere on Tuesday, Sept. 11 (Sept. 12 in the Philippines).  /ra

Read Next
‘Rings of Power’ calls out racism against cast members of color
EDITORS' PICK
Lawmakers eyeing more changes in Maharlika plan
Shop smarter with vivo’s big 12.12 holiday deals
How not to retire as an ex-president
The vivo Y02 is now available in the Philippines for only PHP 5,299
House energy committee chair Arroyo bats for cheap electricity
Hidilyn Diaz wins only gold missing from her collection
MOST READ
Jovit Baldivino, ‘Pilipinas Got Talent’ winner, dies at 29
LPA enters PAR, to likely strengthen into tropical depression in coming days – Pagasa
Andi Eigenmann, family in Manila for a quick visit; Ellie dines with grandma Jaclyn Jose
Lawmakers eyeing more changes in Maharlika plan
Don't miss out on the latest news and information.