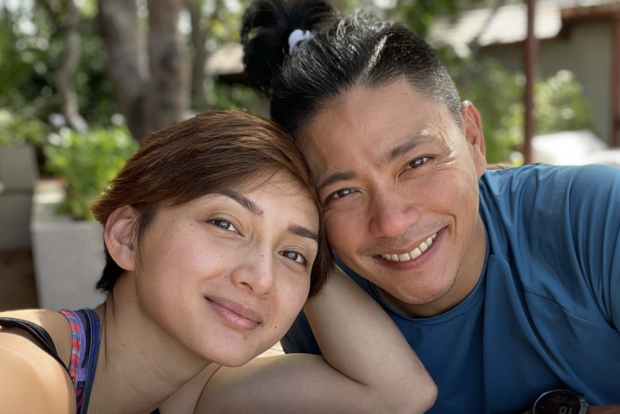 Iya Villania candidly talked about making the “first move” on her husband, fellow TV host Drew Arellano, as they looked back at the start of their love story.

The couple, who first met on the set of the early 2000s series “Click,” recalled key moments before they started dating during the first episode of their “Life with the Arellanos” podcast yesterday, Sept. 5.

Villania confessed making the “first move” on Arellano while recounting how she knew she liked him. According to her, Arellano was “mature” and not flirty, unlike other members of the “Click” cast.

“Actually, siguro (maybe) it was your age difference with us that… which is probably the reason I started to like you. You were mature and you were past the landian (flirting) stage,” she told Arellano, then interjected, “Yes, ako ‘yung lumandi kay Drew (I was the one who flirted with Drew).”

“You were past that stage. That’s what I feel set you apart from the other boys I was with,” she added.

At the time, Arellano did not want to mix work and his private life. Given this, he did not make a move on Villania and even acted as a “bridge” between her and actor Sid Lucero.

“I remember [he said], ‘I like that girl.’ I don’t know what happened,” he recalled, to which Villania explained that she got scared of getting close to Lucero.

“The closer he (Lucero) was getting [to me], the more scared I was also getting because it was like, ‘Hang on, time was gonna come that he would ask to make ligaw (ask to court me)’… I had to face my truth, which was I actually like you (Arellano),” she said.

Villania then recalled the frustrations she felt when Arellano called her “little sis” since it was “not how I see you.”

While Arellano did not make the “first move,” the two eventually knew they did like each other, which led to Villania being comfortable to initiate their first kiss.

“I thought I could kiss you because I thought you’d kiss me back, but you didn’t. In fact, he got turned off because he was like, ‘this girl’s aggressive,'” she narrated, while Arellano can be heard laughing in the background.

“I did not reciprocate because I thought that shouldn’t happen,” he told Villania.

Eventually, the two would continue giving kisses to each other despite having “no label” to their relationship. But this did not last for long since during a car ride home, Villania confronted Arellano to ask about the real score between them.

“He was like, ‘I’m glad you asked because I think I’m ready.’ Sino ang babae sa aming dalawa, sino? (Who is the woman between the two of us, who?)” she joked.

Years after that moment, Arellano and Villania got married in a private ceremony in Batangas in 2014. The couple have since welcomed four children, namely Primo, Leon, Alana and Astro.  /ra

WATCH: Iya Villania back to working out 2 weeks after giving birth