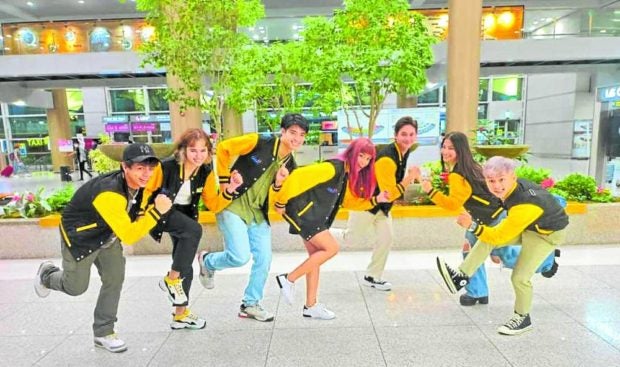 The cast of “Running Man Philippines” in South Korea

The cast of “Running Man Philippines” recently flew to South Korea, expecting to challenge and enjoy themselves in the different wacky missions in store for them. But more than the fun and laughter, they returned home with new discoveries about themselves and lessons that they vowed to carry with them moving forward.

Glaiza de Castro, who mainly does television series, realized that there are projects out there that allow room for some spontaneity and surprises.

“As an actor, I’m used to being prepared. I know my lines and I know what to do when I arrive on the set. I know where I should focus. But in a show like this, it’s actually OK not to be prepared,” she related at a recent press conference for the local adaptation of the long-running reality game show from South Korea.

The Philippine version of the program, which is coproduced by GMA7 and SBS Korea, airs on Saturday and Sunday evenings, starting Sept 3.

Being in the moment

“One time, the Korean staff asked me what I was doing. I told them I was preparing. And they said I didn’t have to prepare at all… That’s when I realized that I just had to be in the moment, be in the present and accept things as they happen,” added Glaiza, who described herself as an “introverted” person.

“I have learned to become more outspoken,” she said. “I usually put up walls around me. But now I’m more open to listening and sharing my personal experiences with other people.”

All her life, Angel Guardian thought she wasn’t the sporty type of girl. That may have changed after powering through the show’s hilarious, but physically challenging games. “I don’t play sports. I don’t compete. I have never experienced being in a team. So, this show made me discover a lot of things about myself,” the actress said.

“I didn’t know that I can be competitive and that I can push myself physically and mentally,” she said. “That’s something I will go take with me.”

Buboy Villar, who claimed that he’s the smartest and most cunning of the bunch, said the tasks and challenges compelled him to rein in his occasional impulsiveness. “I became more patient,” he said.

Kokoy de Santos learned that in a rollicking and freewheeling environment, it’s not unusual for things to deviate from the original course and throw him for a loop. “When something unexpected happens, good or bad, you have to learn to just accept it and move on,” he said. 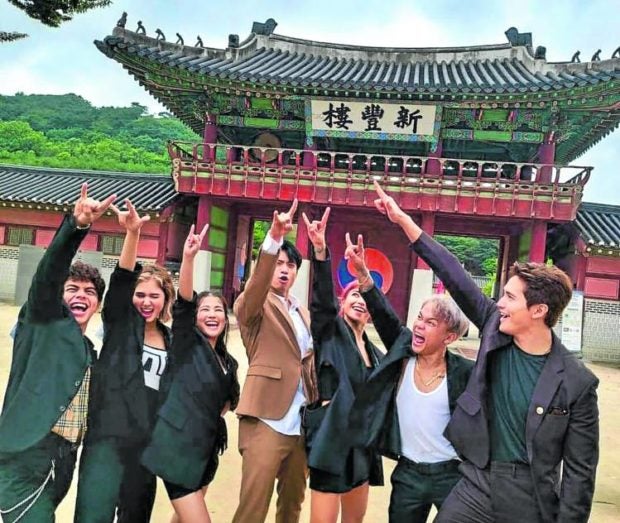 “I’m the type of person who gets easily affected by small things. And I sometimes dwell on those for hours or even days,” the actor admitted. “But what I learned from my fellow runners is that, sometimes, you just have to go with the flow.”

Mikael Daez, on the other hand, was more fascinated about the technical, behind-the-scenes happenings in production.

“Working with SBS, we took notes and asked lots of questions. Since the Korean staff was in charge, the instructions had to go through an interpreter first. So, there’s that added layer. We would be on the run, receive the information from the interpreter and then execute it without stopping,” he related.

“There were 25 to 35 cameras rolling all at once. Some action cameras had power banks taped on them, so the batteries don’t drain while shooting… I was curious about small details like that,” he said. “I was also trying to compare and contrast their ways to ours; perhaps we could learn new techniques for our own content.”

Ruru Madrid cherished the taste of independence he had while filming in South Korea.

“I bought my own food, washed my clothes and folded them… I was happy to know that I can do all these things on my own. I did feel homesick; that couldn’t be helped. But I’m thankful to my fellow runners,” he said. “We depended on each other when there were problems. The friendship and camaraderie were there.”

Some of the missions tested the cast’s limits. But they all happily soldiered on, Lexi Gonzales said, because they love what they do. “We were playing games, nonstop, rain or shine. If you don’t love what you do, you will give up and feel tired. But we all love our jobs and that’s what kept us going,” she said. INQ