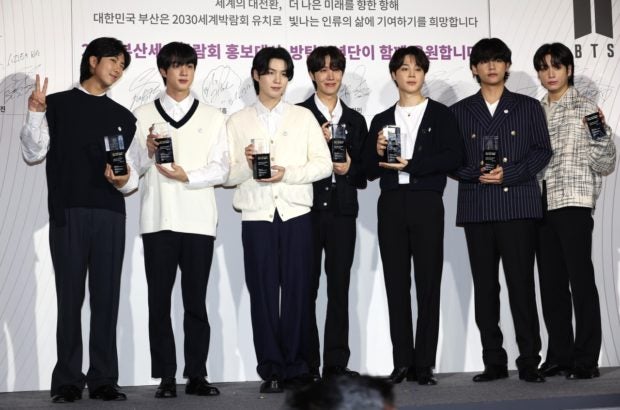 BTS poses for picture at the act’s appointment ceremony as ambassadors of 2030 Busan World Expo on July 19, 2021. Image: Big Hit Music via The Korea Herald

Voices of concern are mounting over a megasized BTS concert in Busan, as problems stemming from an influx of concertgoers remain unresolved ahead of the event’s launch in October.

Under the title “BTS ‘Yet to Come’ in Busan,” the K-pop septet will hold a concert on Oct. 15 in Gijang-gun of Busan as part of an effort to support the coastal city in its bid to host the 2030 World Expo. The seven members of BTS are honorary ambassadors of the 2030 Busan World Expo.

The event is expected to have an audience capacity of 110,000, making it the biggest single concert ever held in Busan. The main venue in Gijang-gun, accommodating 100,000 people, and a separate area for another 10,000 fans with a real-time broadcast of the gig will be arranged at the Busan Port International Passenger Terminal, around 36 kilometers south of the main venue.

This will mark the first live concert by BTS in South Korea since its Seoul concert in March and the first time the bandmates take to the stage together since they announced an official break to focus on solo activities in June.

But with the mounting excitement have come snowballing problems, as Busan braces itself for the unprecedented crowd.

One concern at hand is the skyrocketing prices of accommodation. On Aug. 24, when the concert date was announced, all the rooms in Gijang-gun and nearby areas instantly sold out, with room fees surging by up to 10 times their usual rates. Some hoteliers came under fire after canceling existing reservations to resell the rooms at higher prices.

The city of Busan has declared it will take action against such malpractice. In a meeting attended by related authorities on Aug. 30, Busan Mayor Park Hyeong-joon said the city will work with related organizations, such as the Fair Trade Commission, to look into the issue and map out necessary measures. 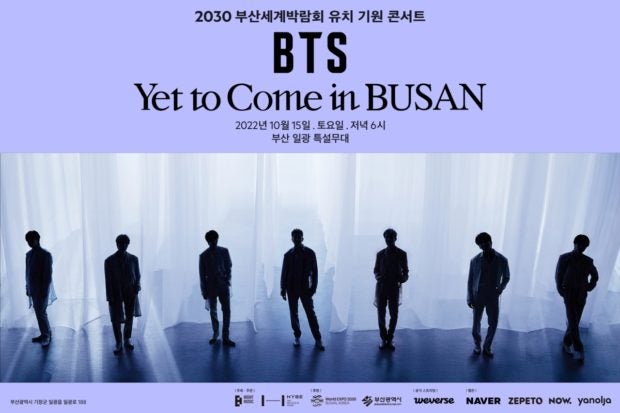 A lack of public infrastructure surrounding the concert site is also expected to lead to a slew of problems, including safety concerns for the audience.

Serious traffic confusion is one problem. The concert is set to take place at a temporary venue installed on unused land near the coast some 15 minutes by walk from Ilgwang Station, which will be the only means of public transportation. The mass of people will be walking from the station to the venue via a narrow two-lane road in a residential area, and no cars will be allowed at the site on the day.

The venue itself has also come under fire. According to a map released by Big Hit on Tuesday, not only does the temporary building seem too small for 100,000 people to cram into, but there is only one gate going in and out from it. Most structures where concerts of such enormous size are held usually have multiple gates spread out around the building — 54 gates in the case of 65,000-seat capacity Jamsil Sports Complex in Seoul and 22 gates at the 66,000-seat Seoul World Cup Stadium.

While the local government has announced various measures to ease confusion surrounding the venue, nothing has been confirmed for now, and whether such measures will be effective in preventing the havoc as some 110,000 fans move around the city remains doubtful.

The city said it plans to temporarily ramp up public transportation, adding extra subway trains and buses and requesting an increase in the number of high-speed trains and airplanes between Seoul and Busan. The government is also mulling operating cruise ships and speedboats between Busan Port and Gijang-gun.

BTS’ October concert will be the septet’s first promotional activity as ambassadors for the potential 2030 Busan World Expo. More related events are expected to take place in Busan the same month, including “2022 BTS Exhibition: Proof,” about the group’s nine-year career, set to kick off on Oct. 5 at Haeundae LCT. AP/JB