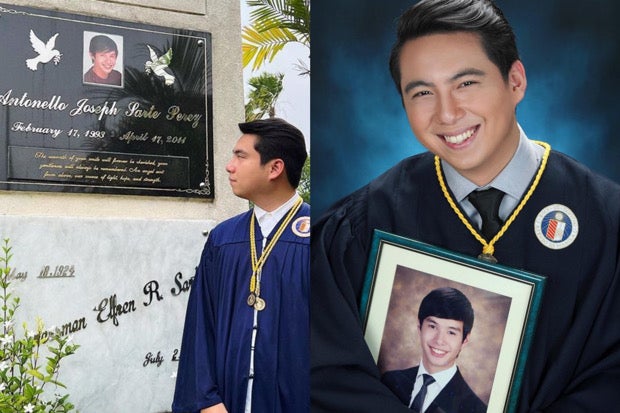 AJ Perez was remembered by his younger brother Angello by presenting his two bachelor’s degrees at the late actor’s tomb as a tribute to him.

Angello, who recently graduated with a communications technology management degree from Ateneo de Manila University, visited the tomb while wearing his graduation gown and medals, as seen on his Facebook page yesterday, Aug. 29.

“Always dedicating my successes to you,” he addressed AJ.

Angello also gave a glimpse of the commencement ceremony which he attended with his parents, through his Instagram Stories. 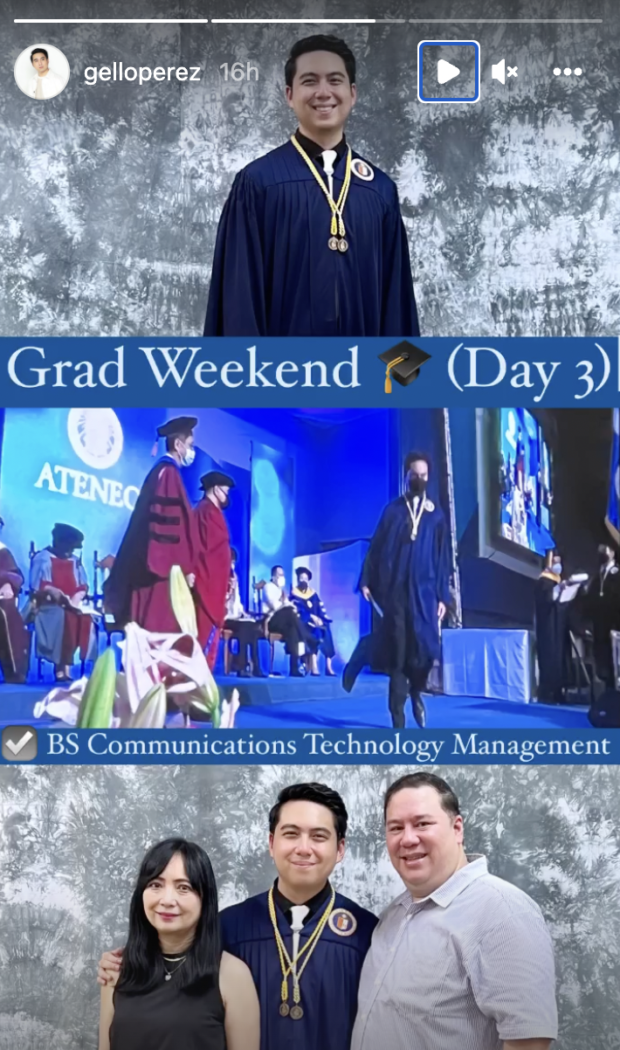 In 2020, Angello finished college with a degree in psychology which he dedicated to AJ on his 9th death anniversary. Angello also made sure to honor his brother by including a portrait of the late actor in his graduation photo.

AJ passed away in 2011 due to a vehicular accident in Tarlac. He was best known for his role in the 2010 ABS-CBN TV series “Sabel” where he starred alongside actress Jessy Mendiola. JB