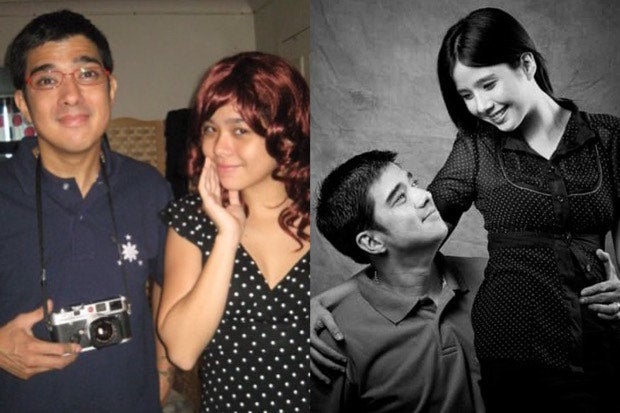 Maxene Magalona and Saab Magalona remembered their late father, the Master Rapper Francis Magalona on his 13th death anniversary, with a promise that he’ll always be in their hearts forever.

Maxene expressed her longing for her father while showing a throwback black-and-white photo with him, on her Instagram page yesterday, March. 6. The actress then raised a toast for her father, who she referred to as the “GOAT” (Greatest Of All Time).

“You may have been gone physically for 13 years but your spirit is alive in the hearts and souls of the Filipinos, now and forever. Especially in mine. I love you!” she said.

Maxene also narrated her and her brother Elmo’s unexpected encounter with rapper Gloc-9, who have worked with their father in the past, and the coincidences that happened at the same day of Francis’ death anniversary.

“Not only did I get to spend it with my brother [Elmo] as we went to [ASAP] rehearsals for a rap production number that we are going to do for the first time together, we also coincidentally bumped into [Gloc-9] whose songs we are going to be performing!” she said.

Maxene then added that they talked about the memories of her father and Gloc-9’s performance of Francis Magalona’s “Kaleidoscope World” in Gloc-9’s recent concert in Dubai.

“All of this happened today, on our Pop’s 13th death anniversary. Wow. Just wow,” she added. “Ang nasabi ko na lang, ‘Ibang klase talaga magparamdam si Papa!'” (I had nothing to say but, “He really made us feel his presence in an extraordinary way.”)

Saab, for her part, gave a glimpse of her son Pancho visiting and putting flowers on her dad’s grave, via her Instagram page, also yesterday. Pancho also offered flowers on his sister’s grave, Luna, who according to Saab, Pancho has only visited for the second time.

“Pancho was taking a nap and this one wasn’t sleepy at all so I decided to go on a one-on-one date with him to offer flowers to his Lolo Pop,” Saab said. “We prayed for them and walked around the cemetery until his cheeks turned pink. You’re always in our hearts, our angels.”

The Master Rapper passed away in March 2009, after being diagnosed with acute myeloid leukemia in 2008. He is known for his nationalistic songs, which include “Nilamon ng Sistema,” “Higante,” “Mga Kababayan” and “Kaleidoscope World,” among others. JB