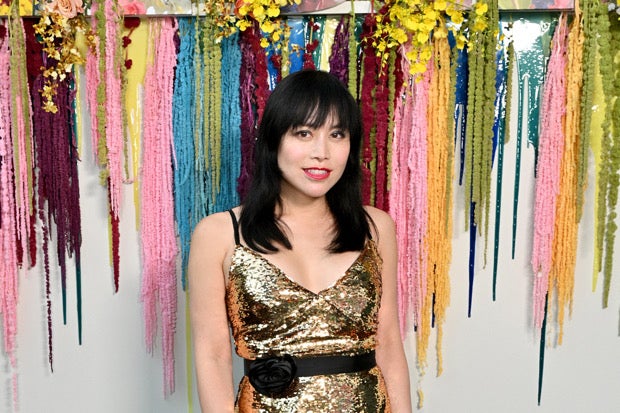 Filipino-American actress Ivory Aquino, who played the best friend of Leslie Grace’s Batgirl, made a statement addressed to David Zaslav, the CEO of Warner Bros., asking him to reconsider the production studio’s decision of “completely shelving” the DC film.

Aquino’s message came after The Hollywood Reporter wrote about alleged “funeral screenings” of the film, as per the actress’ Twitter page last Thursday, Aug. 25. Aquino added that another factor which prompted her to speak up was the supposed “possibility that the film footage would be destroyed.”

“If this is the case, as one of many who poured our hearts into the making of this movie, I ask that this measure be reconsidered,” she said. “As much as I’ve tried my best to be strong these past few weeks, I’d find myself crying, for lack of a better term, from grief, and tonight was one of those nights.”

Aquino stressed that the movie was labeled by some as a “woke film” as it “reflects the world we live in,” but noted that it is also a father-and-daughter story which she hoped would reach children around the world. Aquino also mentioned Grace and how she has been putting a brave face amid the shelving decision.

“I’ve found myself not being able to talk about this ordeal with anyone. I realized that no one, apart from those involved with the film, would truly understand what we’re feeling,” she stated. “My heart goes out to [Leslie Grace] and our beloved directors and entire crew [and] cast who spent months dedicating their all to this endeavor.”

Aquino then likened Zaslav to “one large cog atop increasingly small cogs underneath,” whose small movements can cause “seismic” effects to those at the bottom.

“More than widgets, we are fellow human beings and artists who, when given the chance, can outperform the equation and multiply the bottom line exponentially,” she added. “Now, more people know about our labor of love and are eager to see the movie. I do hope you get to read this letter. Consider releasing Batgirl. She’s always been an underdog and has nowhere to go but up.”

A letter to #DavidZaslav @WBD

I just read an article @THR about supposed ‘funeral screenings’ of #Batgirl and the possibility afterwards that the film footage would be destroyed.. if this is the case, as one of many who poured our hearts into the making of this

from Glasgow where we filmed and from all over the world. Now, more people know about our labor of love and are eager to see the movie. I do hope you get to read this letter. Consider releasing Batgirl. She’s always been an underdog and has nowhere to go but up.

Earlier this month, Warner Bros. confirmed the shelving of “Batgirl,” which finished its shooting and was already in post-production, after it was “poorly received” in test screenings. A source also disclosed that the studio thought the film would be “irredeemable” as it did not quite meet the expectations of DC fans. JB