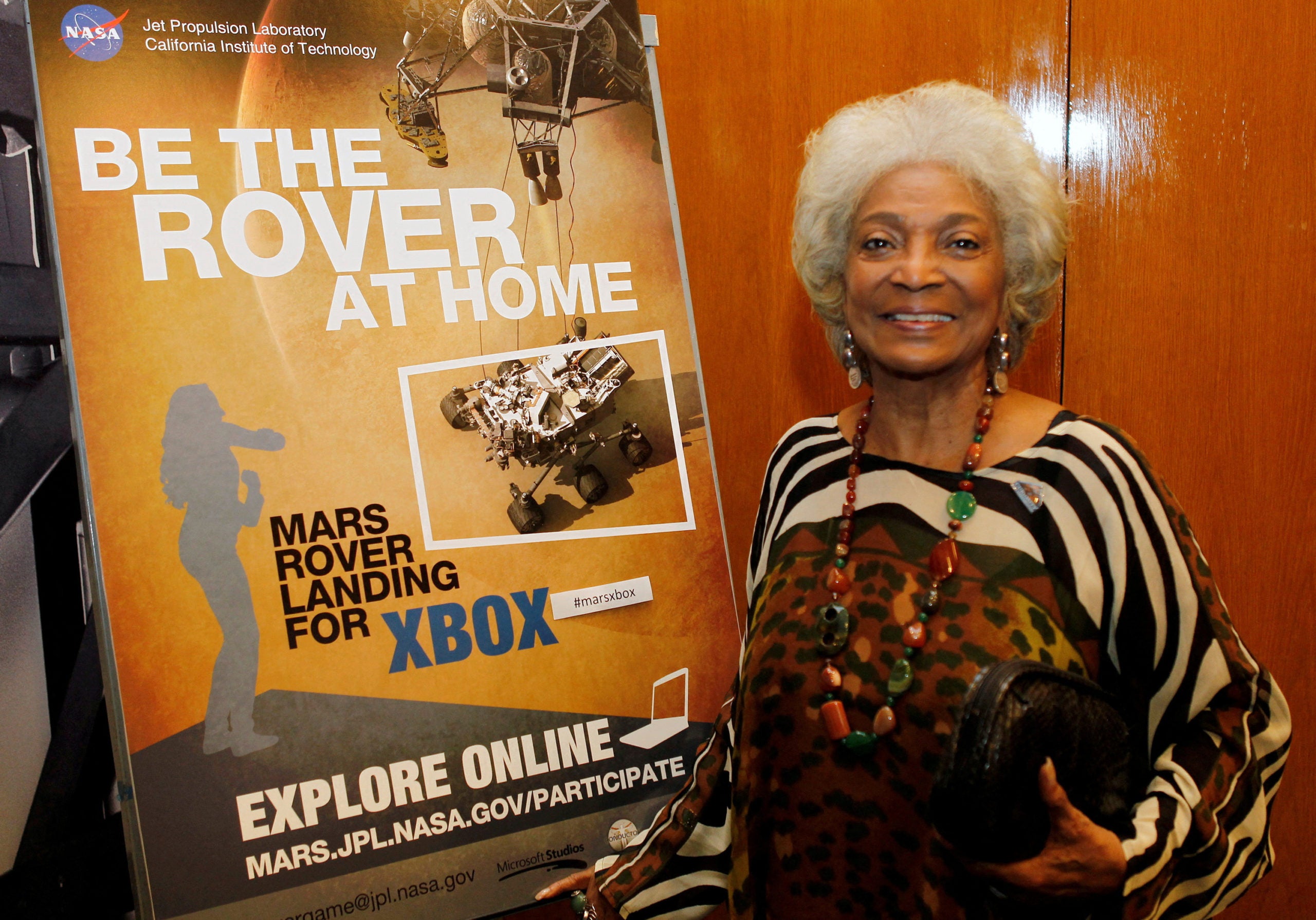 LOS ANGELES  – The late actress Nichelle Nichols, best known as Lieutenant Uhura on “Star Trek,” will become the latest member of the 1960s television series to be memorialized by having some of her earthly remains flown into space.

Nichols, who died on July 30 at age 89, is credited with helping shatter racial stereotypes and redefining Hollywood roles for Black actors at the height of the U.S. Civil Rights movement, as one of the first Black women to portray an empowered character on network television.

Now she has been added to the posthumous passenger manifest of a real-life rocketship due to carry a collection of vials containing cremated ashes and DNA samples from dozens of departed space enthusiasts on a final, and eternal voyage around the sun, according to organizers of the tribute.

A date for the launch has not yet been set.

Other “Star Trek” cast members and executives who have had remains launched into space include James Doohan, who played the show’s chief engineer Scotty, and “Star Trek” creator Gene Roddenberrry.

Also joining the launch will be the remains of Roddenberry’s wife, Majel Barrett-Roddenberry, who played nurse Christine Chapel on the series, and the renowned sci-fi visual effects artist Douglas Trumbull, whose work was featured in such films as “2001: A Space Odyssey” and “Star Trek: The Motion Picture.”

The launch is organized by Celestis Inc, a Texas-based company that has created a unique niche in the burgeoning commercial space sector by offering a measure of cosmic immortality to customers that can afford a dramatic send-off, which contracts with private rocket ventures.

Celestis has not divulged the fees for this flight but lists the pricing for its memorial spaceflights  on its website.

The upcoming memorial flight will be aboard a Vulcan Centaur rocket, still under development by the Boeing and Lockheed Martin joint venture United Launch Alliance (ULA).

Plans call for the 200-plus capsules carrying human remains and DNA for what Celestis  is calling its “Enterprise Flight” to go inside the upper rocket stage that will fly on into deep space, beyond the gravitational pull of the Earth and moon and eventually enter a perpetual solar orbit, said Charles Chafer, co-founder and chief executive officer of Celestis.

“It’s a wonderful memorial for her, an eternal one,” Nichols’ son Kyle Johnson, told Reuters.

In the 1970s, Nichols was hired by NASA to help recruit more marginalized groups and women to the space agency, where she was influential in attracting such talent as the first woman U.S. astronaut, Sally Ride, the first Black woman astronaut, Mae Jemison, and the first Black NASA chief, Charlie Bolden.