WATCH: Dimples Romana’s daughter flies plane on her own for first time 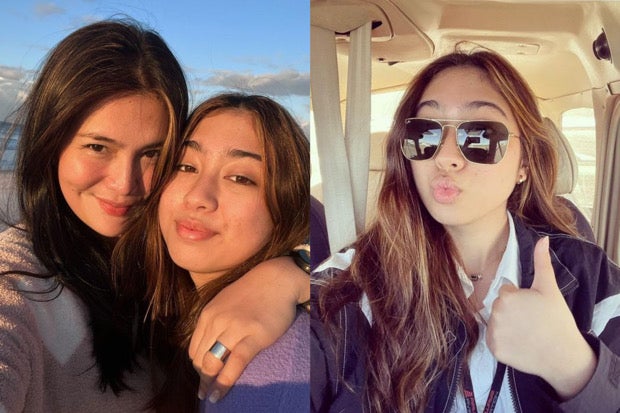 Dimples Romana is over the moon as her daughter Callie reached another milestone in her aviation journey—flying a plane all on her own for the first time.

The actress treated fans to moments from her daughter’s first solo flight as a student in an aviation school in Australia, through a video on Romana’s Instagram page today, Aug. 25.

“To say I’m a proud momma is a total understatement for today’s family milestone as our dear student pilot Christiana Amanda Lauren Romana-Ahmee just flew the plane ON HER OWN for the first time today!” she said. “What a ROCKSTAR you are Callie! Such a joy seeing you come into your own.”

Romana, her husband Boyet Ahmee, and sons Alonzo and Elio were also seen celebrating the milestone with Callie via video call. Romana then expressed pride for having children who “take lots of leap of faith” and “value family, hard work and dreams.”

“Sometimes I wonder what dad and I ever do right to deserve such a gem like you, my Ate [Callie]. Keep inspiring the youth and young women like you to never stop pursuing their dreams and staying true to who they are, no matter what!” Romana addressed her daughter.

Romana, who sent her daughter off last March, recently went to Australia to surprise her daughter. During her visit, the actress got to witness Callie flying a plane for the first time, but with an instructor guiding her at the time.  /ra