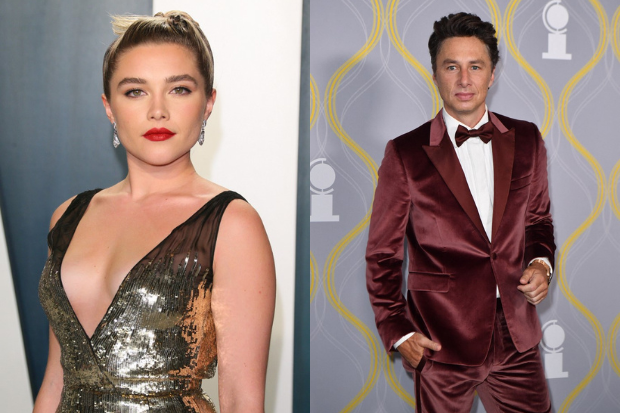 Florence Pugh has confirmed that she and actor-director Zach Braff ended their relationship earlier this year, after about three years of being a couple.

The “Don’t Worry Darling” star revealed this in her exclusive interview with Harper’s Bazaar for its September cover story released yesterday, Aug. 16. She stated that they chose to break up privately to avoid comments from the public.

“We’ve been trying to do this separation without the world knowing, because it’s been a relationship that everybody has an opinion on,” Pugh said in the interview. “We just felt something like this would really do us the benefit of not having millions of people telling us how happy they are that we’re not together. So we’ve done that. I automatically get a lumpy throat when I talk about it.”

The actress then admitted she is not pleased with the attention on her personal life as a celebrity. Pugh, who is 21 years younger than Braff, considers the experience “cruel and invasive.”

“Whenever I feel like that line has been crossed in my life, whether it’s paparazzi taking private moments, or moments that aren’t even real, or gossip channels that encourage members of the public to share private moments of famous people walking down the street, I think it’s incredibly wrong,” she was quoted as saying. “I don’t think that people, just because they have this job, that every aspect of their life should be watched and written about. We haven’t signed up for a reality TV show.”

It can be recalled that back in 2020, Pugh spoke up against critics of her relationship with Braff and called out comments that were “hurling abuse and being horrid” on her Instagram page at the time.

Pugh and Braff sparked romance rumors in 2019, after working together in the short film “In the Time It Takes to Get There.”

Before their relationship ended, the two collaborated in the film “A Good Person,” set to be released next year. Braff served as the movie’s director and writer while Pugh took on the lead role.

Meanwhile, Pugh is also set to star in the sci-fi movie sequel “Dune: Part Two,” which started production last July. She will appear in the film with Austin Butler, as well as returning stars Timothée Chalamet, Zendaya, Rebecca Ferguson, Javier Bardem, Josh Brolin and Stellan Skarsgård, among others. JB