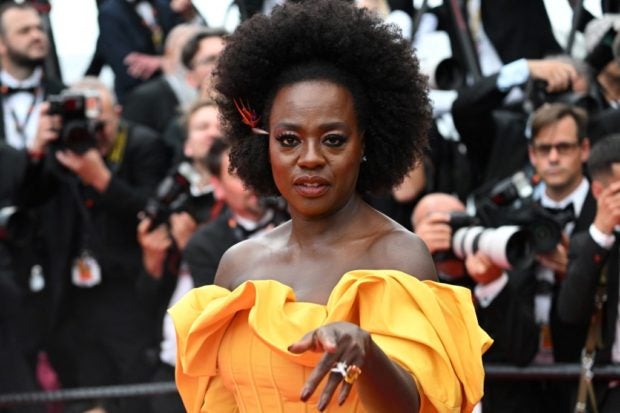 Viola Davis poses as she arrives for the screening of the film “Top Gun : Maverick” during the 75th edition of the Cannes Film Festival in Cannes, southern France, on May 18, 2022. Image: AFP/Christophe Simon

Viola Davis has been cast to play a villain in “The Ballad of Songbirds and Snakes,” the prequel to the hit film series “Hunger Games.”

The film’s director Francis Lawrence noted that the production team had been dreaming to cast Davis as Dr. Gaul, given the “finely layered intelligence and emotion she brings to every role.” He also described the character as “creative” and “as fearsome as she is formidable.”

“A brilliant and eccentric strategist, Gaul is instrumental in shaping a young Coriolanus Snow into the man he will become. We are incredibly fortunate to have an actor with Viola’s extraordinary range and presence to play this pivotal role,” Lawrence described Dr. Gaul in the report.

Meanwhile, Nathan Kahane of Lionsgate’s motion picture group believes Davis’ addition to the cast will “add layers of complexity and menace to this story.”

“The Ballad of Songbirds and Snakes” took place decades before the events of the original “The Hunger Games” movies, which started at the 74th Hunger Games.

The movie follows the story of 18-year-old Coriolanus Snow (Blyth) mentoring District 12’s female tribute Lucy Gray Baird (Zegler) during the 10th Hunger Games. As fans of the franchise know, the young Coriolanus Snow would eventually grow up to be the tyrannical President Snow in the original films.